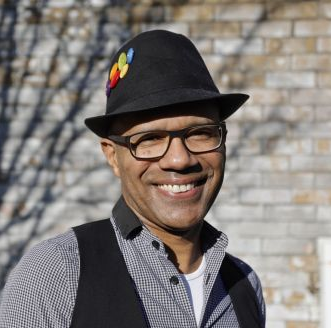 New to the Parish: Marlon Jimenez-Compton was persecuted as a gay man in Venezuela.

As a gay man living in poverty in Venezuela in the early 2000s, Marlon Jimenez-Compton’s life was “very deprived”. Often, he wasn’t sure when his next meal would be, and the gay bars he went to were frequently raided by the police. He knew he had no future there.

In June 2003 he arrived in Dublin seeking asylum.

“They organised for me to have an interview with the government to present my case. I told them about my life and how I was persecuted and discriminated against in Venezuela for being a gay man.”

Venezuela was “not a welcoming place” for LGBTQ people. He was often “harassed” and found himself in “risky and unsafe” situations. “There was a gay scene, but the police would come and raid the place and they’d take you to the station overnight just for being gay.”

“I remember a time when I was living in rented accommodation in my city, Maracaibo, and a friend of mine had just been diagnosed as HIV positive. I went to the clinic to look for information for him, because he felt too ashamed to go himself. Someone saw me and spread rumours in the neighbourhood that I had HIV and my landlord told me I had to leave my accommodation because of that. I just knew I had to leave that country.”

A friend Jimenez-Compton met online on a website for gay men told him he might have a better life in Ireland because he had a good grasp of the English language.