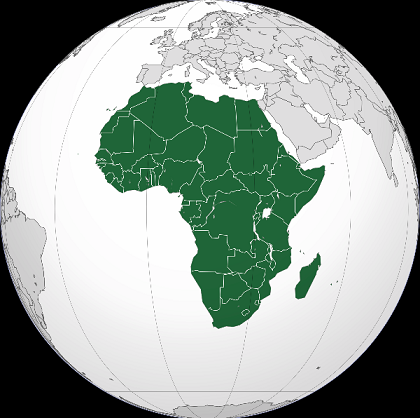 The total private wealth currently held on the African continent is USD 2.1 trillion and is expected to rise by 38% over the next 10 years, according to the latest 2022 Africa Wealth Report, published today by Henley & Partners in partnership with New World Wealth.

The report reveals that Africa’s ‘Big 5’ private wealth markets — South Africa, Egypt, Nigeria, Morocco, and Kenya — together account for over 50% of the continent’s total wealth. There are currently 136,000 high-net-worth individuals (HNWIs) with private wealth of USD 1 million or more living in Africa, along with 305 centi-millionaires worth USD 100 million or more, and 21 US dollar billionaires. Despite a tough past decade, South Africa is still home to over twice as many HNWIs as any other African country, while Egypt now has the most billionaires. Mauritius has the highest wealth per capita (average wealth per person) in Africa, at USD 34,500, followed by South Africa at USD 10,970 and Namibia at USD 9,320.

Some of the fastest growing markets globally

The Africa Wealth Report is the continent’s annual benchmark for private wealth research and is now in its 7th year, providing a comprehensive review of the wealth sector in Africa, including trends among HNWIs, the luxury market, and wealth management. Andrew Amoils, Head of Research at New World Wealth, explains that private wealth refers to all an individual’s net assets (property, cash, equities, and business interests) less any liabilities. “Africa is home to some of the world’s fastest growing markets, including Rwanda, Uganda, and Mauritius. We forecast private wealth growth of over 60% in all three countries in the next decade, driven by especially strong performance in the technology and professional services sectors.”

Dominic Volek, Head of Private Clients at Henley & Partners, the leading global residence and citizenship advisory firm, adds that there are already several well-established wealth hubs on the continent, including South Africa, Egypt, and Morocco, which host sizable HNWI populations. “Strong growth in private wealth of over 50% is also predicted in Kenya, Morocco, Mozambique, and Zambia over the next 10 years. HNWIs in Africa are extremely mobile and their movements provide valuable insights into future economic trends in each country.”

According to the 2022 Africa Wealth Report, Mauritius is the fastest growing wealth market in Africa, with projected growth of 80% over the next decade. This will also make it one of the fastest growing high-income markets in the world over this period (in percentage growth terms), together with Australia, Malta, New Zealand, and Switzerland. By 2031, HNWI numbers in Mauritius are expected to reach over 8,000.

Commenting in the report, leading entrepreneur, international author and CEO of MyGrowthFund Venture Partners Vusi Thembekwayo, says the ascent of new wealth economies, along with megacities and the diversification of wealth-creating sources are just some of the exciting trends driving the creation and flow of capital across the continent. “Africa’s story is one of polar domination, with the largest wealth management centers traditionally situated in the most extreme south — South Africa — and the most extreme north — Egypt and Morocco. The rise of frontier economies that are attracting new wealth by positioning themselves as preferred investment destinations is challenging this narrative. Mauritius and the Seychelles have recently been the most deliberate with this strategy.”

In general, South Africa’s performance over the past decade has been poor, with total private wealth held in the country declining by 12% from USD 739 billion in 2011 to USD 651 billion in 2021. However, as Amanda Smit, Managing Partner of Henley & Partners South Africa, points out, the country still ranks 28th in the world when it comes to private wealth, ahead of major economies such as Argentina, Malaysia, Thailand, and Turkey. “No matter how well or poorly a country is performing today, one thing has become very clear in our new Age of Uncertainty — governments and investors alike must focus on building resilience. Preparing for the next shock is imperative, and one proven means of doing so is via investment migration, whereby investors can acquire and secure an alternative residence or second citizenship in a different jurisdiction in return for investing in a host country. Last year was a record-breaking year for Henley & Partners, in which we assisted clients representing 79 different nationalities, including citizens of 15 African countries ranging from Algeria to South Africa, and from Liberia to Ethiopia.”

South Africa is also home to the largest luxury market in Africa by revenue, followed by Kenya and Morocco. South Africa’s luxury sector which includes exclusive hotels and lodges, cars, clothing and accessories, watches, private jets, and yachts generates revenue of approximately USD 2 billion a year, making it the largest on the continent by a substantial margin. Much of this revenue is generated from the sale of luxury foreign brands such as Porsche and Louis Vuitton.

Stuart Wakeling, Head of Henley & Partners Nigeria, says Covid, climate change and conflict, including the war in Europe, are currently key drivers of investment and wealth migration. He comments in the Africa Wealth Report that “in addition to the traditional benefits of enhanced global mobility, for the African investor, residence and citizenship by investment programs offer a proven diversification strategy in terms of wealth and legacy management and domicile optionality, and many programs also include the option to invest in real estate, which itself has multiple yields”.

Chidinma Okebalama, Senior Consultant at Henley & Partners Nigeria, adds that many sub-Saharan countries are doubly disadvantaged, being among the most vulnerable to climate change as well as having poor global mobility, with their passports ranking consistently low on the Henley Passport Index. She highlights in the report that African HNWIs place a particularly high value on family and leaving a lasting legacy for the benefit of future generations. “Most investment migration programs enable investors to include family members in their applications, and some allow qualifying siblings, parents and grandparents as well, making these programs an ideal mechanism for protecting loved ones by ensuring that they have optionality in terms of where they can live, work, study, and retire to in the years ahead.”

Dominic Volek concludes, “The appeal of investment migration for affluent families is truly universal due to its many benefits, ranging from domicile diversification to global mobility enhancement, to accessing world-class education and healthcare, to having a plan B in times of turmoil. No matter where you were born, or where you currently reside, wealthy investors can futureproof themselves and their families for whatever might lie ahead through investment migration.”

About the 2022 Africa Wealth Report

The Africa Wealth Report is published by Henley & Partners, the global leader in residence and citizenship by investment, in partnership with South African wealth intelligence firm New World Wealth.

The report provides a comprehensive review of the wealth sector in Africa, including trends among high-net-worth individuals (HNWIs), the luxury market, and the wealth management sector on the continent.

New World Wealth is a global wealth intelligence firm based in South Africa. They have been tracking the movements and spending habits of the world’s wealthiest people for over seven years. Their research covers 90 countries and 150 cities worldwide.

They use a model to determine the wealth tiers in each country, with key inputs that include wealth data from their in-house HNWI database over 150,000 contacts, stock market and property statistics, and household income, savings, and debt statistics in each market. Their model also maps historical wealth growth trends in each country by considering currency movements versus the USD along with stock market and property price movements.

Henley & Partners is the global leader in residence and citizenship by investment. Each year, hundreds of wealthy individuals and their advisors rely on our expertise and experience in this area. The firm’s highly qualified professionals work together as one team in over 35 offices worldwide.

The firm also runs a leading government advisory practice that has raised more than USD 10 billion in foreign direct investment. Trusted by governments, the firm has been involved in strategic consulting and in the design, set-up, and operation of the world’s most successful residence and citizenship programs.