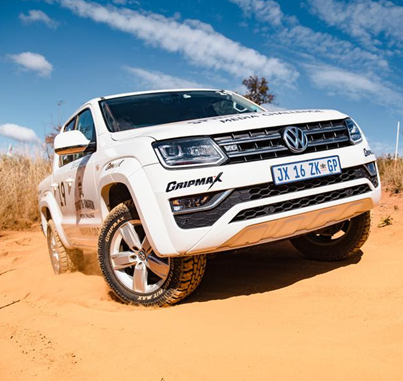 The annual Spirit of Amarok competition, which is an amateur 4×4 precision driving championship, is currently running until 27 June 2022 in Bloemfontein.

“The Spirit of Amarok championship has been taking place since 2011 and we’re incredibly proud of the growth of the competition. This competition creates the ideal environment where our customers can experience the capabilities of the Amarok,” said Mark Handley, Head of Volkswagen Commercial Vehicles.

560 teams (1 120 people) from South Africa, Namibia and Botswana will be going head-to-head in a 4×4 course designed by 11-time SA rally champion and track racing legend, Sarel van der Merwe. This year’s competition will once again put both man and machine to the test in an effort to find the best driver/navigator duo in Southern Africa.

The teams will be using the Amarok Double Cab 3.0 TDI Extreme 4MOTION Auto bakkies to contest various challenges. The courses are designed to test drivers and navigators’ limits, whilst displaying the Amarok’s outstanding attributes in the most unforgiving of environments.

During the speed challenges, contestants are required to drive a pre- determined course in the fastest time possible while avoiding obstacles such as poles. Points are awarded based on the time taken to complete the course relative to the other teams. Technical stages are measured over challenging off-road terrain such as sand or rock. Teams receive 100 points at the start of each course and points are deducted if the team hits a pole, reverses or arrives outside the specified time window.

The winner of the 2022 Spirit of Amarok competition will take home the coveted Wolf Trophy.

“This year’s competition is a fitting farewell to the current Amarok range which has sold over 40 000 units since its launch in South Africa in 2010. From the first quarter of 2023, Volkswagen Commercial Vehicles will launch the second generation Amarok in the local market,” concluded Handley.

PrevPreviousPERFORMANCE AND PASSION UNITE AS THE FESTIVAL OF MOTORING RETURNS
NextModern families: the paths less travelled to parenthoodNext