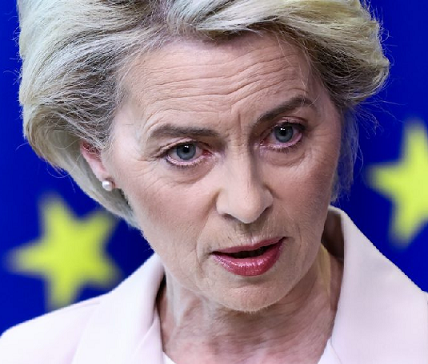 The European Union has warned Russia it will not bend to “blackmail” over its support for Kyiv after the Kremlin cut off gas supplies to Bulgaria and Poland. The two countries are now supplied from their EU neighbours.

Russia’s Gazprom cut Poland and Bulgaria off from its gas on Wednesday for refusing to pay in roubles, and threatened to do the same to others, cranking up retaliation for Western sanctions imposed for Moscow’s invasion of Ukraine.

However, Ursula von der Leyen, the president of the European Commission, said Poland and Bulgaria are now receiving gas from their EU neighbours.

She described the announcement by Russia’s state energy giant Gazprom as “another provocation from the Kremlin”.

“It comes as no surprise that the Kremlin uses fossil fuels to try to blackmail us… Our response will be immediate, united and coordinated.

“Both Poland and Bulgaria are now receiving gas from their EU neighbours,” she said. “The era of Russian fossil fuels in Europe will come to an end.”

PrevPreviousLGBT+ activists forced to flee Russia as vicious dictator Putin clamps down on queerness
NextWhat are the rights of LGBTQ children in Hungary?Next