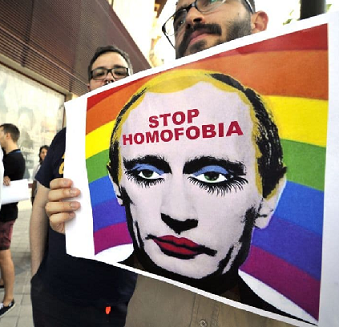 LGBT+ activists are fleeing Russia after a charity that advocates for their rights was liquidated by the courts.

Sphere is a charitable foundation that has been working to advance LGBT+ rights and to support the wider queer community in Russia for more than a decade.

Their work – at least in an official capacity – came to an end on Thursday (19 April) when a Russian court agreed to dissolve Sphere, as had been requested by the ministry of justice.

That decision didn’t come as a surprise to Dilya Gafurova, who leads Sphere. The government ordered an “unscheduled audit” of the charity in late 2021, which led to the handing over of 5,000 pages of documentation.

Months later, the ministry asked a court to dissolve the charity after its audit found that “all the actual activities of the organisation are aimed at supporting the LGBT+ movement in Russia”.

The court decision, while expected, came as a devastating blow to Dilya and the other activists involved with Sphere, who have spent the last decade trying to make life better for LGBT+ Russians.

“It’s the end of more than a decade’s old history,” Dilya tells PinkNews. “Over the years we have, I believe, helped a lot of people and our work really mattered. We are very confused about how our future will look and what the future of the Russian LGBT+ community will look like without the help we can provide.”

She continues: “I’m just really afraid that now LGBT+ people will be left without help. We’re seeing from our numbers that requests for assistance, especially psychological and legal assistance, have been spiking since February. It’s unprecedented for us to be receiving those kinds of requests.”

While Sphere was formally dissolved, it is currently continuing its work – although activists don’t currently know what the future will look like.

“We’re still intent on continuing the work because we cannot allow ourselves, even ethically or morally, to just stop providing assistance,” Dilya says.