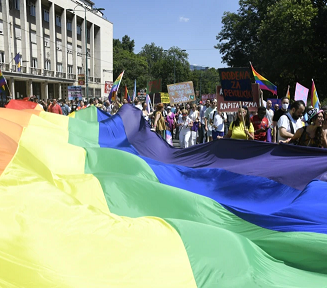 For all of Dina Bajraktarevic’s adult life, Bosnia-Herzegovina has had a law in place banning discrimination, including based on sexual orientation or gender identity.

But the 25-year-old native of Tuzla, in northeastern Bosnia, has never felt protected, particularly when she was at her most vulnerable.

On a visit to the gynecologist, for instance, after responding to a question about sexual activity or potential pregnancy, she made reference to being a lesbian. “My whole examination then came down to the question of my sexual orientation,” she told RFE/RL’s Balkan Service. In the end, the medical staff wrote in her file “that I ‘felt like a man,’ although I never said that.”

“It was only later that I realized that this was unequal treatment of me as a member of the LGBT community,” she said.

Wherever Bajraktarevic went, she said, discrimination followed, creeping into nearly every aspect of life.

In her work as a speech therapist, “almost none of the parents wanted to leave their children with me, and when they noticed I was in the room, would slam the door and leave.”