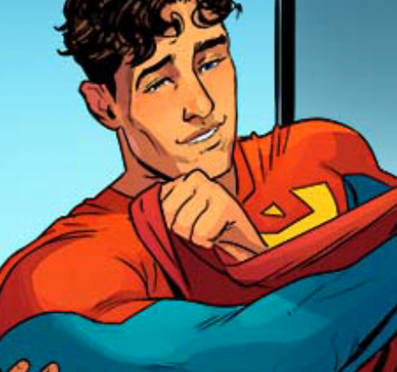 Superman gets a new cape from his boyfriend, Jay Nakamura, in a preview for an upcoming DC Pride 2022 story shared by colorist Tríona Tree Farrell.

Superman: Son of Kal-El‘s Jon Kent is getting a new cape from his boyfriend, Jay Nakamura, in a preview colorist Tríona Tree Farrell shared on Twitter for DC Pride 2022.

The preview page shows Superman, a mantle that Jon Kent has taken up in DC’s Superman: Son of Kal-El after Clark left Earth to deal with a looming threat, gracefully touch down on a roof to greet Jay while a figure who appears to be Damian Wayne walks away in the background. Nakamura gives his boyfriend a gift, which Superman opens and reveals to be a Pride-themed superhero cape.