So who is Karine Jean-Pierre? 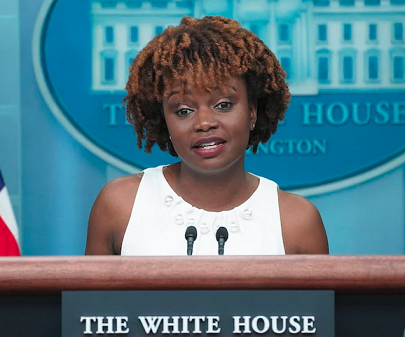 The White House has appointed its first black woman and openly gay person as press secretary. .

US President Joe Biden has appointed 44-year-old Karine Jean-Pierre as the next White House press secretary — the first black woman and openly gay person to serve in the role.

The press secretary is responsible for holding daily briefings with journalists and leading a department of more than a dozen staffers who help to address queries from the press.

It is the highest-profile public-facing staff job in the White House, and is crucial to the US government’s communications strategy.

So who is Karine Jean-Pierre? And what is she in for under the Biden-Harris administration?

Ms Jean-Pierre is the first black woman and openly gay person to be appointed White House press secretary, a position first established in 1929.

Dee Dee Meyers became the first woman to take on the role when she took on the job in the 1990s under former US president Bill Clinton.

“This is a historic moment and it’s not lost on me,” Ms Jean-Pierre said after her appointment was announced.

She said she was “still processing” the significance of her appointment, calling it “an honour and privilege to be behind this podium”.

Mr Biden has pledged to appoint top officials, cabinet members and judges who reflect the diversity of America, where white people make up less than 60 per cent of the population but have traditionally held most top government jobs.