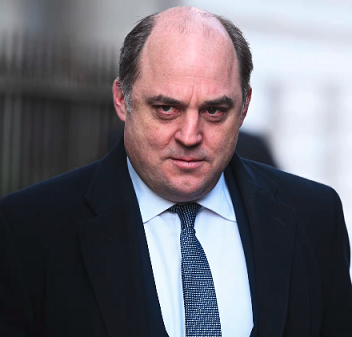 UK Defense Secretary Ben Wallace will speak at the National Army Museum in London on Monday.

Russian President Vladimir Putin and Russian leaders are “mirroring” the fascism of Nazi Germany, U.K. Defense Secretary Ben Wallace will say on Monday in a speech at the National Army Museum in London.

In remarks shared with British media, Wallace will say that Russian leadership should share the same fate as the Nazis, who ended up facing the Nuremberg trials for their atrocities.

“Through their invasion of Ukraine, Putin, his inner circle and generals are now mirroring the fascism and tyranny of 70 years ago, repeating the errors of last century’s totalitarian regimes,” Wallace’s speech reads. And for that, “their fate must also, surely, eventually be the same.”

In his address, Wallace will also slam Russian senior officers of such incompetence that they should be brought to court.

“Let’s call out the absurdity of Russian generals — resplendent in their manicured parade uniforms and weighed down by their many medals — for being utterly complicit in Putin’s hijacking of their forebears’ proud history of defending against a ruthless invasion; of repelling fascism; of sacrificing themselves for a higher purpose,” Wallace is expected to say. “Not only are they engaged in an illegal invasion and war crimes, but their top brass have failed their own rank and file to the extent they should be court-martialled.”

The defense secretary’s speech comes as Russia is marking Victory Day on Monday, an annual commemorative holiday of the defeat of Nazi Germany in 1945. Putin is expected to give a closely watched speech, which will likely center on the ongoing war in Ukraine.

On Sunday, the U.K. said it will offer further aid and military support to Ukraine worth £1.3 billion as it bolsters its commitment to the country’s defense against Russia.

PrevPreviousSouth Africa could be sitting on its next gold rush – green hydrogen
NextSo who is Karine Jean-Pierre?Next