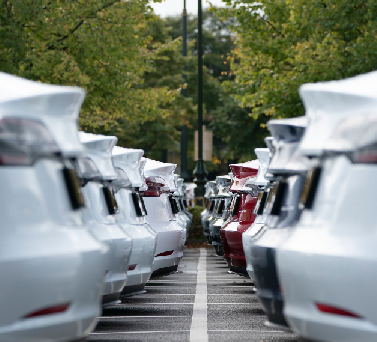 Some 14,586 used battery electric cars were bought in the UK during the first three months of the year – more than double the total of 6,625 during the same period last year.

Sales of used pure electric cars have reached a record high, according to new figures.

Some 14,586 used battery electric cars were bought in the UK during the first three months of the year, the Society of Motor Manufacturers and Traders (SMMT) said.

That is more than double the total of 6,625 during the same period last year, with the market share of used electric vehicles rising from 1.6% to 3.6%.

Sales of used hybrids and plug-in hybrids also changed hands in greater numbers between January and March, up 35.3% and 28.8% respectively.

That is compared to the figure for new car registrations over the same period, which was 34.1%.

Overall, the number of used cars bought in the first quarter of this year increased by 5.1% compared with 2021, boosted by the 14.3% drop in new car sales, which were hit by a global lack of semiconductors.

SMMT chief executive, Mike Hawes, said: “With the new car market hampered by ongoing global supply shortages, growth in the used car market is welcome, if unsurprising especially given we were in lockdown last year.

“Electric car sales are energising the market, with zero emission vehicles starting to filter through in larger numbers to consumers looking forward to driving the latest and greenest vehicles.

“Although there is some way to go before we see the recent growth in new EVs replicated in the used market, a buoyant new car market will be vital to help drive fleet renewal which is essential to the delivery of carbon savings.”