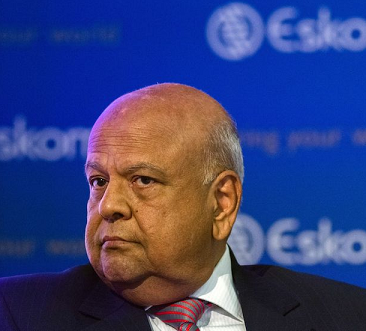 Exactly why is Eskom a complete failure in supplying dependable power and why won’t it be able to do so for at least another decade?

Well, Andrew Kenny, writing in the Daily Friend, provides the most comprehensive list of historical reasons I’ve seen so far, dating back to well before ANC rule, but horribly aggravated by their bumbling and corrupt management. Then he scouts around for possible saviours, post the 2024 elections (should we see some coalition ousting the ANC). Still no solution, based on what the opposition parties have been spouting so far. Will we do the right thing and eventually go fully nuclear? Kenny admits, somewhat refreshingly, he simply doesn’t know. – Chris Bateman

Who ruined our electricity supply?

Who ruined South Africa’s electricity supply, which was once the best in the world? Was it Eskom? The ANC? Other malign influences? Other idiocies?

Actually, it was all of the above, although this seems little understood. Recently, the topic and the attending blame game became more intense.

In parliament last week, there was a heated debate on the wretched state of our electricity system, in which Pravin Gordhan, Minister of Public Enterprises, made muddled excuses for Eskom’s woeful performance and then gave a spectacularly unconvincing assurance that the ANC would put everything right. “We are the people who are trying to fix institutions like Eskom. We will succeed at the end of the day.” This must have caused a run on candles and diesel generators.

Last month, before Parliament’s Standing Committee on Public Accounts (SCOPA), Ms Busisiwe Mavuso, an Eskom board member – who believes strongly in transformation – accused the ANC of meddling in Eskom’s affairs and making them worse. The chairman, Mkhuleko Hlengwa (IFP), accosted her, saying her remarks had no place in the meeting. She walked out. (He has since apologised). Was she right to blame the ANC rather than Eskom for our energy calamity?

It is perfectly true that almost every public institution and almost all of our infrastructure, which had been working reasonably well before 1994, have been ruined since the ANC came to power. Passenger rail, freight trains, ports and harbours, SAA, municipal water supply and sewage, and Eskom – all have been crippled. Much of this is because of plain looting and corruption by the ANC. But probably more is because of their official racial ideology, which includes transformation (kicking out skilled whites); affirmative action (making appointments on skin colour and political affiliation rather than merit, qualifications and experience); BEE (procuring shoddy goods and services at high prices from ANC chums and cronies); and employment equity (striving to ensure whites, who are less than 8% of the total population, are also less than 8% of any profession; unless, of course, they are teachers at a posh school to which the ANC elite sends its children).