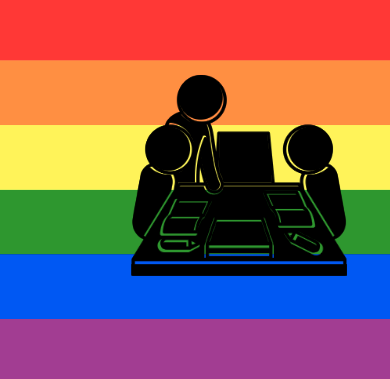 Such discrimination results in lost labour time, lost productivity, underinvestment in human capital and the inefficient allocation of human resources.

The 100-page guide breaks down global practices which hinder, and sometimes aid, LGBTIQ+ persons as they seek and sustain employment. It also acts as a training manual for awareness.

In spite of the Universal Declaration of Human Rights recognising that discrimination constitutes violation of human rights, only 29 countries legally recognise marriage equality, while 34 provide some same-sex partnership recognition.

In India, same-sex marriage is not recognised. Nationalist Congress Party MP Supriya Sule in April this year introduced a private member’s Bill in the Lok Sabha to legalise same-sex marriage, and provide the same marital rights to LGBTQIA+ couples that heterosexual people are entitled to.

In the same month, the Allahabad high court rejected a plea by two women to recognise their marriage on the argument that such a union was not opposed by the Hindu Marriage Act.

The report also navigates absence of LGBTIQ+ persons in the formulation of diversity and inclusion strategies in workplaces.