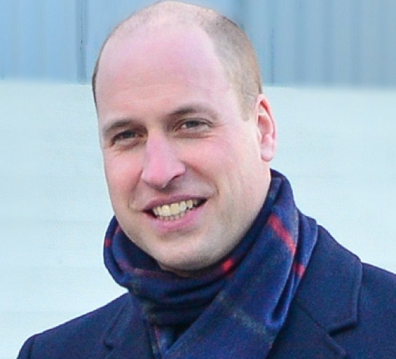 Prince William shows his support to the first active openly gay soccer pro in the U.K., Jake Daniels, on Tuesday, May 17.

The Blackpool FC player came out on Monday, May 16, and Kate Middleton’s husband issued a statement to address the matter.

Daniels is the first openly gay soccer player in three decades after Justin Fashanu came out as gay in 1990. However, the President of The Football Association doesn’t mind and even shares a rare personal message on Twitter.

He wrote that football should be a game for everyone. He knew it took the young footballer courage to do what he did, so he hoped it would “help break down barriers” that had no place in society.

“I hope his decision to speak openly gives others the confidence to do the same,” he added. The Duke of Cambridge signed his note with a “W,” indicating the personal nature of the message.

With the revelation, Daniels became the first active openly gay soccer pro in the U.K. after more than 30 years. He debuted with Blackpool FC earlier this month.

In a statement, via People, he said he had been hiding the real him. He had known that he was gay and now felt he was ready to come out and be himself.

Prince William, who became The Football Association President in 2006, also used his role to condemn racist and sexist abuse online that players had continuously experienced. He even joined the four-day social media boycott England’s high-profile soccer clubs and their players organized.

Evidently, the members of the British family are continuously breaking from tradition and have become more open in supporting the LGBTQIA+ community. Aside from Prince William, Prince Harry has also announced his support of the group, following in the footsteps of their mother, Prince Diana, per Insider.

Queen Elizabeth II herself has already come forward to show her support to the LGBTQIA+ people.

The future king made a major move when he visited the Albert Kennedy Trust, the first time a royal family member officially visited an LGBTQ+ organization, in 2019. The institution focused on working with homeless LGBTQ youth.

At the time, Prince William helped the charity open its new service center in east London. He even chatted to the young people the group had helped.

He even said he would be “absolutely fine” if one of his kids came out as gay. However, he would be more worried about the public scrutiny and the pressure they would experience if that happened.