Looking to a hopeful future with Pride 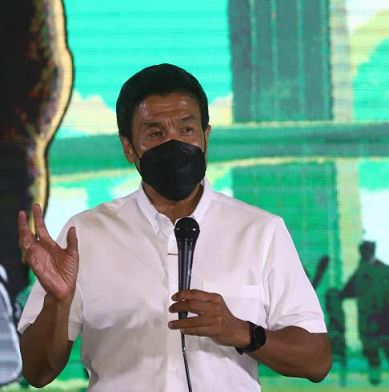 What was that noise? Did we just hear a landslide victory? Residents of Bangkok (and also those of us living and working in this metropolitan area) rejoiced when Chadchart Sittipunt was elected as the new governor of the capital. Already, we’re getting glimpses of hope. A promise of new, better things, including the prospect of improved livelihood for LGBTI people.

During his campaign, Chadchart unveiled 214 policies to better the lives of Bangkokians — some of which addressed LGBTI-related issues. These policies include changing the practice of the Bangkok Metropolitan Administration (BMA) itself to embrace and promote gender equality and diversity in its treatment of officials and people, as well as not forcing officials to dress according to their sex at birth. Discrimination complaints can be registered and a mechanism to prevent sexual harassment to be enforced within BMA agencies.

The policies also address that need for more clinics that can offer specialised health and wellbeing advice to LGBTI and non-binary people. Currently, there are only a few of these “gender clinics” available at public hospitals in Bangkok.

In terms of education, the policy advocates the development of students towards becoming global citizens, saying gender equality (among other things) will be part of the updated curriculum.

His policy also acknowledges Pride Month as part of the year-round festivals that could boost local economy and tourism.

Overall, I must say Chadchart and his team’s LGBTI policies — from governance, health, education and economy — are rather well thought out. It’s definitely refreshing to see a new capable governor who is not only open and accepting of equality and diversity, but one who also has vision. If these policies can be successfully implemented, they would make Bangkok a better place for all LGBTI and non-binary people who call this city home.

PrevPreviousThat time ‘Bridgerton’s’ Jonathan Bailey took his modesty thong out for a public spin
NextThe Top Gun Volleyball Scene Is Not Homoerotic. It Is Homosexual.Next