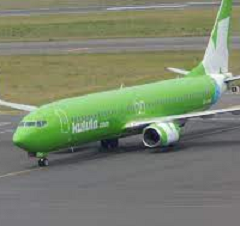 The liquidation of Comair, which operates British Airways and Kulula.com, this week was in stark contradiction to the Presidents’ address to Parliament on the Presidency vote.

President Ramaphosa described how his government is reconstructing and steering the economy into recovery. It appears that Ramaphosa and his government lack the understanding that their actions, particularly during the lockdown period, were some of the reasons why previously-successful companies like Comair have been forced to close their doors.

Although it appears that the liquidation of the two airlines was also partly caused by Comair themselves, it was government’s inconsistency and careless manner in the closing and opening of our borders, and its extended closure periods directly caused us to remain on the red list of our major tourism markets for months on end.

As a result, hundreds of Comair employees now join the millions of others South Africans in the ranks of the unemployed. We now have two less airlines competing in the air travel space. The shutting down of Comair means that we may also lose highly-skilled and sought-after professionals that may leave our shores for other parts of the world.

It is clear that the president and his government are out of touch and appear to not understand that the actions and policies of any government has a direct impact on our economy and job creation.

The DA will be submitting official questions to the Minister of Tourism, Lindiwe Sisulu, in this regard and if Sisulu and her government will consider salvaging this situation in any way.