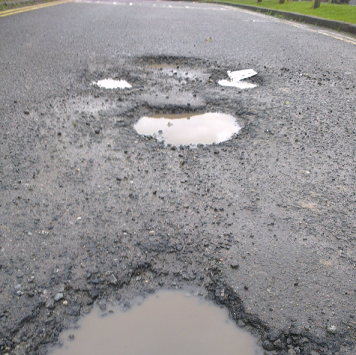 As South Africans continue to suffer from numerous government failures, there is a small ray of hope emerging.

The private sector is stepping up to do the job where they are allowed to do so. This is exemplified in three stories that came out in the first two weeks of June.

Firstly, financial services company Discovery is launching a private firefighting service in Johannesburg. This service will be available to Discovery Insure clients across most of Johannesburg, and will initially be launched with existing resources from partner companies Advanced EMS and Fire Operations SA, and in addition two new fire engines will be added. This service has the potential to be a game changer not only for Johannesburg but other municipalities too, especially metropolitan municipalities  which have significant concentrations of productive individuals who can pay for such services.

The second story is that the Department of Transport is developing policy proposals for allowing more private companies to fix potholes; this was announced by Minister of Transport Fikile Mbalula in Parliament. The Department is taking these steps after seeing the success of the pothole patrol service in Johannesburg, between the municipality, Discovery and Dial-Direct. This presumably makes sense for the private companies, both of which are insurers, because they have determined that the cost of fixing the potholes themselves is less than the cost of paying out the claims due to accidents caused by the existence of the potholes.

Finally, the National Energy Regulator of South Africa (NERSA) announced that it has registered 16 new private power generation projects under the licensing exemption provided for projects under 100MW. This is in addition to two earlier projects announced by NERSA. Most impressively, the exemption has allowed these power projects to be approved within 19 days, something that is unheard of in South Africa.

Of course, the 100 MW cap should be eliminated completely, and these projects should not just be limited to renewable energy projects. The scale of South Africa’s power crisis means that we need energy whatever the fuel source and as much capacity as the private sector is willing to invest in and provide. Energy is fundamental to any economy; no industry is possible without reliable and relatively cheap power.

All of this amounts to one thing: the private sector is willing to do the job that the government had taken upon themselves to do and failed. What we need now is to extend this principle to as many areas as possible. This includes areas such as policing and private prosecutions, where many criminals get off scot-free because the South African Police Service  failed to handle evidence properly or the National Prosecuting Authority  botched the prosecution due to lack of skills and corruption.

The government can also take credit for the successes of the private sector when it leads to an improved economy and more of our 11,422,000 unemployed people (according to Stats SA’s expanded definition of unemployment) start to get jobs. The government will also benefit from a growing economy because tax revenue always increases with a growing economy. This is because company profits increase (more corporate tax revenue as exemplified by what happened when commodity prices increased in the past two years), more people are hired and become taxpayers, and more spending takes place which leads to higher Value Added Tax (VAT) revenue.

Voters will experience a broad-based improvement in standards of living, a growing economy is the tide that lifts all boats after all, whether female, black, young, gay etc. Everyone will be better off and so will be able to do more to take care of their own needs, further reducing the burden on the government to provide social welfare in the various forms in which it is currently provided.

The solutions to our social problems are not ideas like the Basic Income Grant (BIG) which can only create more dependents if the economy is not growing. The solution is to allow the private sector the freedom to make profits, which also includes providing the infrastructure that other companies need to operate successfully and which government is failing to provide.

Mpiyakhe Dhlamini is a libertarian, writer, programmer and a former analyst at the Free Market Foundation.