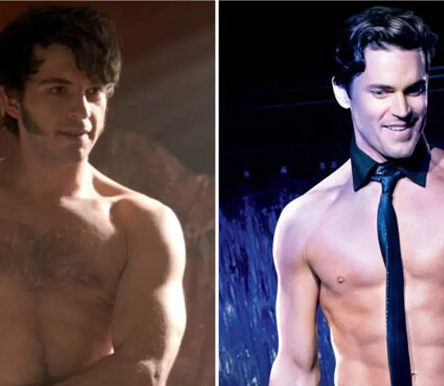 In news that has us immediately renewing our Showtime subscription, the network revealed today that Bridgerton‘s Jonathan Bailey will be joining the previously announced Matt Bomer in the upcoming historical fiction miniseries, Fellow Travelers.

In news that has us immediately renewing our Showtime subscription, the network revealed today that Bridgerton‘s Jonathan Bailey will be joining the previously announced Matt Bomer in the upcoming historical fiction miniseries, Fellow Travelers.

But wait, there’s more: The two hunky gay actors will be playing lovers! All aboard!

Truly, we’re sold on that information alone, but Fellow Travelers, based on the critically-acclaimed book by Thomas Mallon, is a fascinating story—one with an unfortunate relevance to today’s world.

The series will be a “love story and political thriller” set in 1950s Washington, D.C. Bomer stars as Hawkins Fuller, a charismatic political operative who largely keeps to himself. That is, until he meets Tim Laughlin (Bailey), a recent college graduate said to be “filled with optimism about the post-WWII future.”

But their romance sparks in the shadow of McCarthyism, a dark time in American history when conservative politicians exploited fear and drummed up anti-communist paranoia, declaring war on “subversives and sexual deviants.” The series takes its title from a phrase popularized during that era, colloquially used to refer to people who were sympathetic to the ideology of a political organization—typically a pejorative used to label those intellectually aligned with communism.

At a time when right-wingers are trying to keep LGBTQ education out of schools and drag queens out of the public eye, the themes explored in Fellow Travelers sound unsettlingly prescient.

It’s potentially heavy stuff, but the series promises plenty of thrills and intrigue, following Fuller and Laughlin’s “volatile romance” over the course of four decades, with the two crossing paths “through the Vietnam War protests of the 1960s, the drug-fueled disco hedonism of the 1970s and the AIDS crisis of the 1980s, while facing obstacles in the world and in themselves.”