Rent seeking: What does it profit a people? 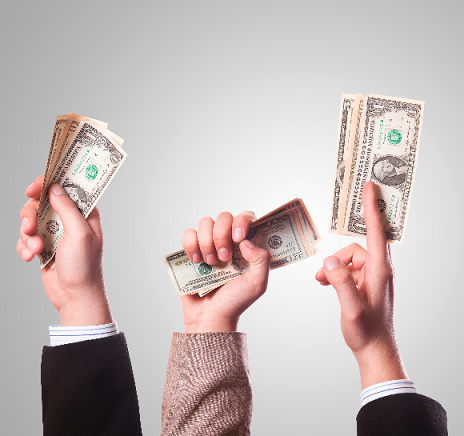 Some societies are better able than others to withstand adverse weather events such as droughts and storms, and even earthquakes, with fewer deaths and less economic and social disruption.

A distinguishing feature of less developed or economically stagnating countries is the heightened level of what economists call “rent seeking” activity. Stated simply, rent seeking is the expenditure of resources to obtain a profit without actually producing any social benefit. It is very different from profit-seeking in a freely competitive market in which private property rights are respected and enforced under the rule of law. In a free market, profit seekers can prosper and remain in business only by offering services to their customers in mutually beneficial exchange of value for money.

Mutually beneficial exchanges and relationships between people are the source of all social benefit. But rent seekers work to redistribute some of that benefit toward themselves, at the expense of their competitors and of their customers. When they lobby governments for special tax breaks or for special regulations that give them an advantage over their competitors, they benefit while preventing suppliers and customers from finding the best services and the best prices. Furthermore, lobbyists spend time and money that could have been devoted to productive activities instead of the less efficient diversions of redistribution.

When companies and special interest groups lobby governments for special favours that harm their competitors and customers, it is natural for those competitors and groups of customers to defend themselves through reciprocal lobbying and legal action. Such activity absorbs even more resources that could have been used to produce goods and services that people want. Instead, those resources are expended on lobbyists, lawyers, advertising, and political campaigns – thereby creating another set of special interests that are enriched by rent seeking.

The net effect is a loss to society. Although the rent seekers expect to benefit, wealth is absorbed by the redistribution process and the total loss to society is greater. What is worse is that although most of us understand that government complicity with the rent seekers is causing us harm, few of us have enough incentive to do anything to counteract directly the special policies and favours. Why?

Suppose that an organisation has lobbied to receive a R70 million grant from the government. Even if it costs the beneficiary organization several million rand in lobbying expenses, it is still worth the time and effort to get the grant. On the other side, the average cost of the grant for each South African resident is about one Rand – or say R20 per taxpayer. How much would it cost each taxpayer to organize and lobby the government to eliminate the special favours? Almost certainly more than R20.

It gets worse. Suppose the government gives such grants to a thousand organisations. Each of those organisations has strong incentives to lobby for the favour. But each taxpayer, now burdened by R20,000 in losses, must launch a thousand separate lobby efforts to stop all those losses. If a special interest group can lobby for concentrated benefits through the government, and the burden of paying for those benefits is spread widely across the population, then no one taxpayer can justify the cost of lobbying to stop it. The more such government programs grow, the more society loses.

Those countries that have led world economic and social development over the past two centuries have been those with the constitutional and cultural characteristics to protect the property and freedoms of their citizens. They have been the most successful at preventing any group or faction from using the levers of government for predation against fellow citizens. They have limited the scope for rent seeking.

Such societies have been the most successful at preserving within their citizenry the constitutional attitude necessary to limit the powers of their governments, not yielding to panicked judgments in times of crisis nor to the latest progressive indulgences in times of ease. They are better able to adapt and to withstand both the vagaries of nature and the shortsighted democratic whims of their neighbours. A people that wishes to remain free must guard the constitutional limits on its government, such that no one is free to use that government against them.