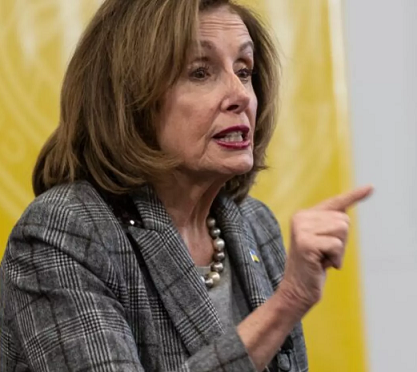 The House of Representatives voted Tuesday to pass the Respect of Marriage Act.

The House of Representatives voted Tuesday to pass the Respect of Marriage Act, which seeks to codify same-sex marriage rights into law. The final tally of 267 – 147 included 47 Republican representatives joining the majority-led Democratic effort.

The bill is a direct response to the Supreme Court’s dismantling of Roe vs. Wade — a reversal of nearly 50 year’s of abortion rights. The conservative court determined that the original ruling was an overreach of federal power, kicking abortion back to individual states. It’s expected that abortion will soon be all but outlawed in half the states.

Many observers worried the Court could use the same process to target other rights, and those fears were confirmed when Justice Clarence Thomas signaled in his concurring opinion that the Court should revisit cases which established federal protections for contraception, same-sex relationships, and same-sex marriage.

The Respect of Marriage act is now headed to the Senate, where it will require ten Republican votes to reach the 60-vote threshold. GOP Sen. Susan Collins was one of the sponsors of the bill, so assuming every Democratic senator votes yes, nine more Republicans will need to join them.

If the bill passes and is signed by President Biden, it would repeal the Defense of Marriage Act, making sure no state can deny marriage to couples on the bases of sex, race, gender, or national origin.

Among the 47 Republican yes votes in the House included some lawmakers in swing districts like Reps. Nicole Malliotakis of New York, Don Bacon of Nebraska, and Mike Garcia of California.

Others included conservatives who’ve been alienated in their party in the Trump era, including Reps. Liz Cheney of Wyoming, Adam Kinzinger of Illinois, and John Katko of New York.

GOP leadership said they did not advise members on how to vote, telling lawmakers to vote their conscience.

PrevPreviousLGBTQ+ Retirement Communities and Cities in the US
NextRent seeking: What does it profit a people?Next