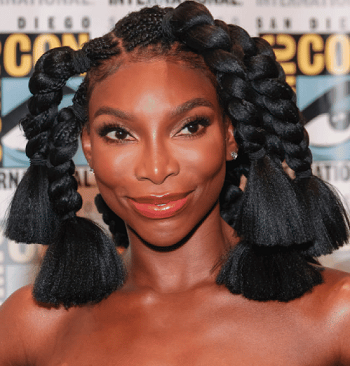 Marvel has confirmed that Black Panther: Wakanda Forever will introduce the queer character Aneka, played by none other than Michaela Coel.

The first trailer for the Black Panther sequel premiered at San Diego Comic-Con on Saturday (23 July), along with a string of announcements about the new film and the wider Marvel universe.

After much speculation, it was confirmed that I May Destroy You’s Michaela Coel will be playing Aneka. Coel was first announced for the film in July 2021, but her character had been kept under wraps.

In the Marvel comics, Aneka is the combat instructor of the Dora Milaje, the elite all-female special forces of Wakanda.

Notably, she has an enemies-to-lovers romance with Ayo, played by Florence Kasumba in the Marvel Cinematic Universe (MCU). Ayo has appeared in Captain America: Civil War, Avengers: Infinity War and The Falcon and the Winter Soldier.

It is unclear whether Aneka and Ayo’s romance will appear in the upcoming film. But hopefully Black Panther: Wakanda Forever won’t fall into the same trap as Thor: Love and Thunder, which disappointed fans after its LGBTQ+ content was over-hyped.

After enduring years of criticism for its roster of straight, white, cis male superheroes, Marvel has placed a greater emphasis on diversity in recent years.

Tessa Thompson’s Valkyrie was confirmed as LGBTQ+ in the most recent Thor film, though a promised queer romance failed to materialise.

PrevPreviousThree men sentenced to death by stoning for being gay in Nigeria
NextNollywood Actor, Uche Maduagwu Admits Being GayNext