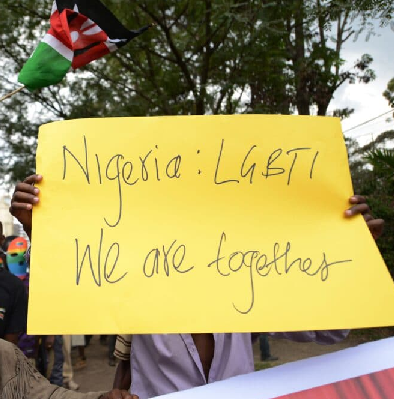 An Islamic sharia court in Nigeria has sentenced three gay men to death by stoning – including a man who was 70 years old.

A Ningi court in the northern state of Bauchi convicted the men of engaging in homosexuality, the state’s religious police force, the Hisbah Vanguard, said 1 July.

According to Reuters, the force’s commissioner Adam Dan Kafi said the sharia court charged the trio following their arrest on 14 June in the village of Gwada.

The men, aged 20, 30 and 70, were sentenced to death by judge Munka’ilu Sabo Ningi. None of them was represented by lawyers and all “confessed” to their crimes.

They were sentenced under section 134 of the 2001 Bauchi State Penal Law, which states: “Whoever commits the offence of sodomy shall be punished with death by stoning [rajim] or any other means decided by the state.”

They can, however, appeal the sentences within the next 30 days.

Bauchi is one of 12 Nigerian states, many in the north of the country, that subscribe to the Islamic legal system. Any death penalty handed down by the sharia courts needs to be rubber-stamped by the state governor, Bala Mohammed.

In Nigeria, deeply homophobic laws make the lives of LGBTQ+ Nigerians a daily struggle. Many feel unable to come out, with nine in 10 Nigerians viewing homosexuality as something society should not accept, according to a 2019 Pew Research Center poll.