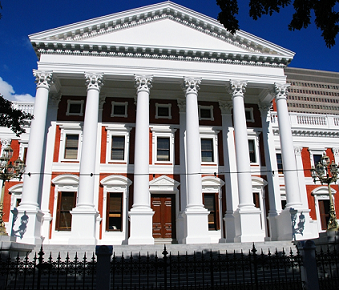 It is gratifying to read that the proposals I had made in my written and oral submissions to the Zondo Commission have been included, as the Commission’s own proposals, in their last report which was made public in July 2022.

As things stand, major charges are required in Parliament.  A supposedly simple thing such as the minutes of meetings in Parliament remain meaningless.  When preparing for my submission to the Zondo Commission, the official minutes of parliament were treated as irrelevant by myself and representatives of the Zondo Commission.  We had to turn to an independent and privately funded information service, the Parliamentary Monitoring Group (PMG) to provide us accurate and more detailed minutes of meetings.  This is just one example of how, despite the extensive resources available to parliament, their output remains sub-par.

This week the DA released a 10-point plan on how to make parliament work properly.  This plan echoes the proposals I made to Judge Zondo.  The committee system in parliament is broken with committee members of the ANC abusing their majority.  As a result, when I was shadow minister of transport, my numerous attempts to initiate a commission of inquiry into PRASA (Passenger Rail Agency of South Africa) was blocked by the ANC over and over again.

Because of the disproportionate strength of the ANC in parliament, it holds  the chairpersonship of all portfolio committees, except for SCOPA (Standing Committee on Public Accounts).  A more transparent and open system would be one where political parties would be entitled proportionately to serve as portfolio and select committee chairpersons.  This is a common feature in many parliamentary systems throughout the world.

This is particularly important when ensuring that there are definitive separation of powers in the legislature (in this case both houses of Parliament; the National Assembly (NA) and the National Council of Provinces (NCOP)) to keep check on the Executive.  In addition, in cases where a country has an overly dominant political party, such as in South Africa, the required in-depth oversight cannot be expected.  Even in countries with first-past-the-post electoral systems, patronage, political connections and networks and political ambitions by party members are all reasons for Members of Parliament (MPs) from subjecting their colleagues in the executive to scrutiny.  Only in cases where the executive and the majority of the legislature are not from the same party, is a robust examination of a president and cabinet ministers more likely.  The effectiveness of a legislature is dependent on strong committees that holds the executive to account without fear or favour.

Other important parliamentary functions such as oversight work and public participation are often “stage managed” to ensure that government and the executive are reflected in the best possible light whilst ignoring, and even hiding, the negatives.

Submitting questions to ministers for written or oral reply is one of the ways in which MPs holds government to account.  However, it has become the norm that replies by ministers to questions posed are incomplete and lacking in detail and depth.  This means that ministers follow the rules of Parliament and indeed technically reply to questions but will sometimes provide “lukewarm” or “sweetheart” replies.  We often hear from the speaker and presiding officers that the fact that “we do not like the answers” is irrelevant as the ministers are answering the question.  According to the ANC, we should be satisfied that the minister answers our questions in the first place, implying that the reply is almost inconsequential.  As a result, my colleagues and I are on a constant “cat and mouse” game in trying to obtain replies to questions while ministers work hard at evading them.

There should therefore be penalties for ministers who miss the required deadline for the submission of replies as well as the quality of replies provided by them.  Presently, ministers treat questions, statements and motions in the house as irritants and simply do not take these important tools of accountability and transparency in the serious and constitutional light they demand.

The DA will continue to work hard to reform parliament, which for the length of the ANC tenure has progressively become weaker.  While opposition parties send their brightest and best to parliament, the ANC uses parliament as a dumping-ground for their worst and least impressive.

And it shows for all South Africans to see!

As we prepare for a change of government in 2024, these changes have to be made now so that they are ready for implementation now and in the next parliament.

Member of Parliament of the Republic of South Africa

Member of Parliament for Johannesburg South