The ideology of the WOAN and its toxic remnants 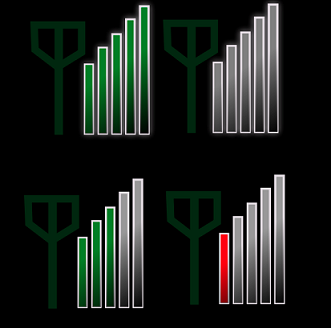 On 17 March 2022, South Africa’s Government finally concluded the auction process of mobile radio spectrum, during which 306 MHz of spectrum were bid off to the six participating carriers: Cell C, Liquid Telecom, MTN, Rain, Telkom and Vodacom.

The most important results of the auction were that MTN and Vodacom obtained 210 MHz. This marks the end of a disgraceful period of 17 years during which South Africa’s two leading carriers were denied any spectrum of significant size.

So, everything is hunky dory? Not really. It is argued that it would be grossly negligent for consumers and voters to forget about this regulatory disaster too quickly.

Firstly, consumers will have to bear the cost for some time to come. Higher than necessary prices, lower than possible network performance and insufficient rural coverage are all consequences of the Government’s failing to withhold spectrum from those carriers who operate the two country-wide networks.

Secondly, for the freshly auctioned 700 and 800 MHz chunks to be utilized, Government has to conclude the analogue-to-digital migration of broadcasting spectrum, which most of South Africa’s peers concluded by 2015. In fact, it was in 2008 that The Department of Communications and Digital Technologies (DCDT), then Department of Communications (DOC), announced: “Analogue signal is switched off on 1 November 2011.” Eleven years down the line, we are still waiting for the relevant spectrum bands to be freed for carriers to be able roll out more economic and efficient radio infrastructure.

Thirdly, when trying to make sense of all of this, we must turn to the particularly toxic idea of establishing a WOAN, or wholesale open-access network. Various reasons have been given of how the regulatory failure of the past 15 years unfolded, be it incompetence, political hatred of MTN’s and Vodacom’s market dominance, protection of Telkom against competition or corruption in the digital migration process (remember the set-top box saga). All of these reasons bear a grain of truth. In a nutshell, Government failures are, however, extreme when their policies rest on ideology. I contend that it is the WOAN idea in which the essence of Government’s regulatory failure crystallizes.

The idea first appeared in the guise of a spectrum sharing model in ICASA’s Annual Report 2005/2006. The idea continued to take shape in the form of a Managed Spectrum Park in 2011 (Gov. Gazette 34872). The naïve thinking of the Government can be summarized as follows: why give valuable spectrum to profiteering companies, when we can force them into one common carrier for the benefit of the people. Ironically, the authors attribute virtues to the model that are typically reserved for free markets: “The model encourages efficient use of spectrum, innovation and flexibility and provide for low- cost compliance and administration over time.”

In respect of the then planned auction of high-demand 2.6 GHz and 800 MHz bands, Dumisa Ngwenya, General Manager for Technology at ICASA, reportedly said in December 2011 that license winners in both would have to provide a wholesale open access network. In an act of inconceivable aberration, the terms of the license were such that Vodacom would have been excluded from the auction. Unsurprisingly, the process was abandoned after harsh opposition from established carriers in 2012. The idea resurfaced in 2016 under today’s common acronym WOAN (wholesale open-access network).

This time, the idea was slightly different. Instead of forcing established carriers into a spectrum park, it was now planned to force mobile carriers to offtake a certain share of network capacity from a to-be-established WOAN. For this purpose, ICASA reserved 80 MHz of valuable high-demand spectrum in the 800, 2600 and 3500 MHz bands. The hope was that, given this great idea, investors would be beating down ICASA’s door. Besides finally achieving its political target to establish a competitor that would put the fear of God into MTN and Vodacom, the Government hoped to reap handsome M&A proceeds to pimp up their public budgets.

It is a pity that nobody was interested in creating such a WOAN. One reason for the lack of market interest was that the descriptions in the ITA concerning the design of the WOAN construct, particularly the commercial revenue generation mechanism, were superficial and unspecific. No sober investor would waste resources and commit equity resources in the hope that the Government would later create the requisite conditions necessary for commercial success. Besides, it will not have escaped potential investors that the South African market is very competitive. In other words, investors were smart enough to assume that MTN and Vodacom were not exactly eager to breed their own competitor with generous revenue offtake commitments.

Faced with this disappointing outcome, the Government decided in March 2022 to remove WOAN licensing requirements for high-demand spectrum from its spectrum policy. More crucially, it also removed WOAN from the licensing conditions of the spectrum auction held a few days later, which would have legally obligated MTN and Vodacom to purchase capacity. It may also have helped that the Mexican WOAN equivalent, Red Compartida (common network), revered by ICASA as the world’s (one and only) sacred WOAN benchmark, filed for bankruptcy in mid-2021.

At last, the stillborn idea of WOAN was dead—or so we thought. Roughly two weeks ago, in a presentation to the Portfolio Committee on Communications, ICASA chairperson Dr Keabetswe Modimoeng affirmed that ICASA is still committed to establish a WOAN. Early June, he can be quoted saying: “It has to be done properly [this time].” Of course!

Given that the auction finally was successfully concluded, it is time to bury the idea of a WOAN forever. In a competitive market, such as is the case with SA’s mobile telecommunication, there is no place for stillborn regulatory artefacts. Instead, ICASA should concentrate their efforts on completing the digital migration for the spectrum auctioned off successfully to be put in use. It is still unclear when this will happen in such a way that releases spectrum in the most populous provinces while upholding the rights of the current spectrum users, such as e.tv.

Last week, the constitutional court inflicted a crushing defeat on the Government’s regulatory circus to rashly push through the digital migration, and in disregard of e.tv‘s rights (TechCentral, 28 June 2022). The court ruled that there are constraints on the haphazardness of executive power and that “rationality” is required in regulatory decision making. Rationality?

What does rationality mean to our regulators; we learn in the response, made a few weeks before the ruling of e.tv’s court action, by a spokeswoman for Communications minister Ntshavheni: “Any delay in accessing the digital dividend through protracted and unmerited court challenges such as that of e.tv seek to perpetuate digital exclusion and furthers the marginalisation of the poor and majority of our people residing in rural areas.”

The institution that failed to implement the digital migration for nearly one and a half decades suddenly becomes aware of people’s rights: This is the masterclass in hypocrisy.

Lastly, it should quickly make available the 80 MHz of idle spectrum that was put aside for the WOAN. Every Megahertz of spectrum utilized improves market offerings for the benefit of consumers. In my understanding of a functioning democracy, governments must stop withholding valuable resources in the hope of implementing purely ideological ideas for which not only there is no market counterpart, but whose failed implementation imposed, and continues to impose, enormous costs on South African consumers. Fifteen years of regulatory ignorance and building castles in the air must stop, now and forever.

Reference: See FMF’s SEIA authored by Christoph Klein (with Leon Louw) for a detailed elaboration on the past spectrum politics in South Africa.

Dr Christoph Klein, a contributing author for the Free Market Foundation, is MD of dotadvisors, a consulting firm specialising in ICT economics, networks and strategic & transaction services. He has over 20 years of international consulting and investment banking experience specialising in the ICT industry, with assignments in more than 20 countries across all continents. He holds two master’s degrees in economics and a PhD in economics on the systematic non-accountability that results from state ownership and public financing of infrastructure. A key focus of his PhD thesis is on spectrum economics and value chain dynamics in the ICT market.