Tuc Watkins reveals what finally nudged him out of the closet 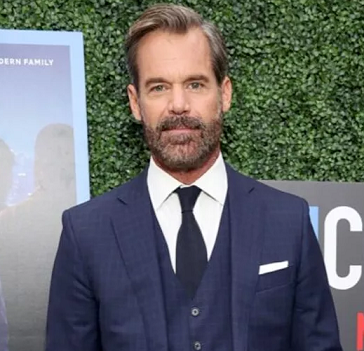 The handsome and ever-reliable Tuc Watkins has made quite a career for himself over the years, frequently playing out gay men in film and television—but he wasn’t always out himself.

As Watkins notes in a new interview with Thrillist, he’s been playing gay characters pretty consistently since the ’90s, which feels like a rarity. After breaking through on the long-running soap One Life To Live, he wasn’t exactly hiding his sexuality in the industry, but the actor wasn’t ready to go public, either.

Indeed, he continued to book, including the hit ABC drama Desperate Housewives as Bob Harper, one half of a successful gay couple who moved to Wisteria Lane in 2007, during the show’s fourth season.

It was during his run on the show that Watkins became a father to twins via surrogacy—something he’d long dreamed about. While doing the press rounds for Housewives in 2013, he stopped by Marie Osmond’s talk show, of all places, to discuss new fatherhood and, for the first time, his sexuality.

While the coming out wasn’t necessarily premeditated, Watkins reveals to Thrillist that he was “hoping that it would come up.” He was on Marie, in part, to talk about his twins, how he became a father, and felt that “intrinsic to that was that I was a gay guy who wanted to have kids but couldn’t go through the traditional way of having children.”

So why then? Why to Marie Osmond? Watkins says it was for his kids.

“For a long time, I dodged questions about my sexuality and who I was seeing,” he shares. “Even on Desperate Housewives, for a long time, I was not publicly out. Everyone I worked with knew I was gay, and that’s just about a decade ago. I was still concerned that, if I put a rubber stamp on myself, I will only be labeled as one thing. I was still playing that silly game not that long ago.

I think what happened was, when I became a dad, I thought, ‘I don’t want my kids to see me dodging. I want them to see me being okay with who I am.’ For the most part, I was. I just didn’t want to talk about it publicly. My kids actually helped me become a little more comfortable publicly with who I am.”