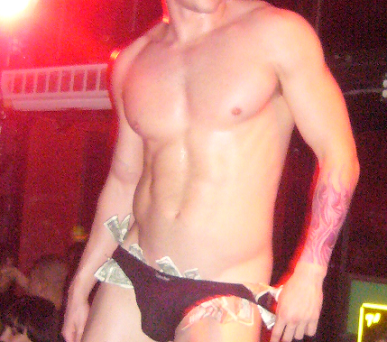 A senior officer said Met PCs would be spoken to if they danced at the event. The inspector said it could make it ‘awkward’ if officers return to the club on duty. The warning comes after the Metropolitan Police was put into special measures.

The warning comes after Her Majesty’s Inspectorate of Constabulary put the force in special measures following a series of high profile scandals and a failure to properly record crime.

Sir Mark Rowley was announced last month as the new commissioner for Britain’s biggest police force, succeeding Dame Cressida Dick after she resigned from the role when told by London Mayor Sadiq Khan he no longer had confidence in her.

Contestants compete to win up to £1,000 prize money.

Singer Adele made a surprise appearance as a guest judge at the event in February, and was seen dancing on a stripper pole in front of the cheering audience.

A Scotland Yard spokesman said: ‘An Inspector from the West End Proactive Partnership Team has sent an email to staff within the Met’s Central West BCU after a matter was reported to the Met’s Licensing officers.

‘There is no suggestion of any unlawful act having taken place. However officers were reminded of the need to uphold standards while off duty, especially when identifying themselves as police officers.’

by: By George Odling Crime Correspondent For The Daily Mail