Obi-Wan Kenobi Appears To Be Bisexual 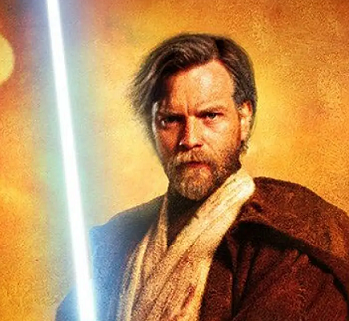 Fictional character Obi-Wan Kenobi appears to hint he may be bisexual in a new young adult ‘Star Wars’ spin-off novel.

Fictional character Obi-Wan Kenobi appears to hint he may be bisexual in a new young adult ‘Star Wars‘ spin-off novel.

The book ‘Padawan’ by Kiersten White, published by Disney-Lucasfilm Press, has got fans in a frenzy as they believe an ambiguous conversation about the Jedi being “curious” over kissing reveals his true sexuality, reports aceshowbiz.com.

First played by Sir Alec Guinness in the original ‘Star Wars’ films, the character has been portrayed by Ewan McGregor in the prequel trilogy and Disney+ mini-series ‘Obi-Wan Kenobi’.

Disney Books’ description of ‘Padawan’ says: “Romantic complications, startling revelations, and a looming threat to both the planet and his new friends will bring Obi-Wan face-to-face with his worst fear: that maybe he was never supposed to be a Jedi at all.”

The book sees Obi-Wan attempting to prove himself to Jedi master Qui-Gon Jinn, portrayed on screen by Liam Neeson. He speaks to another teen Casul about the idea of kissing another boy, while also discussing his Jedi beliefs.