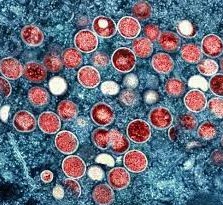 Federal Health Minister Mark Butler has announced Australia has secured 450,000 doses of a crucial monkeypox vaccine, with the first 22,000 arriving in the next fortnight.

Since May, the virus has spread in over 70 non-endemic countries globally, with cases climbing to the tens of thousands in the northern hemisphere.

In Australia, there are now 58 cases of monkeypox in Australia. The virus does not spread easily but experts have urged vaccination of at-risk populations to stop a local outbreak.

Chief Medical Officer Paul Kelly said in Australia, all monkeypox cases had been found among gay, bisexual and men who had sex with other men. All but two Australian cases were among travellers returning from overseas.

However Prof Kelly stressed that monkeypox “can affect anyone”.

“That’s why we’ve got the guidance nationally to prepare and respond to this outbreak,” Kelly said.