Tourism is growing despite government, not because of it 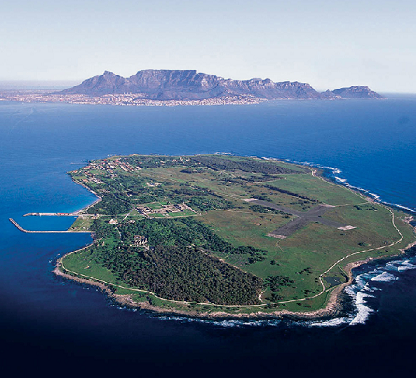 The Tourism Minister, Lindiwe Sisulu called a media conference last week to brag about how well our tourism sector is recovering.

Indeed, this is good news.  However, I was shocked to see that the Minister Sisulu was taking credit for this improvement.

In the first six months of this year tourism has grown 147% internationally, which translates into a remarkable over 2,2 million international arrivals.  South Africans also ensured that they too enjoyed our beautiful country as domestic tourism increased by 23,8% (or 15,2 million trips) compared to the same period last year.

As I said, I find it astonishing that Minister Sisulu and her government are taking credit for the bounce-back in tourism.  Nothing could be further than the truth.  The truth is that the tourism- and its allied sectors are improving despite this government, not because of it!  It is thanks to the private sector (the private sector that this government hates so much) and their resilience and determination that has ensured this growth.

I find it amazing that the Ramaphosa government thinks that the public have already forgotten how it was this government that single-handedly decimated the tourism, travel, entertainment and hospitality sectors.  South Africans have not forgotten how in the first year alone of the job-killing lockdown, that at least 500 000 jobs were shed in these sectors.

We have not forgotten the illogical regulations and extended travel bans imposed domestically and internationally, whilst at the same time we saw other countries opening up their tourism sector.  This government’s uncertain and constant changes to its illogical regulations ensured that we remained on the red list for months of our biggest tourism markets.

This is not to mention government’s inability to deal with crime and security, putting many potential tourists  off from coming to our shores.  I also won’t mention the off-putting Kwazulu-Natal riots in July last year, that made international news, thus discouraging international and even domestic tourism.

In March this year when the Tourism Business Council of South Africa addressed the Tourism Portfolio Committee in Parliament, they quite rightly bemoaned the fact that PCR tests were still mandatory when most countries had already forgotten about them.  To this day, the National Public Transport Regulator has not issued permits for years now; as a result, a substantial number of people have been forced to leave the tourism sector because of this fact alone.  Sports lovers haven’t forgotten that not even six months ago we could not watch sports live in a stadium.  Air licensing remains backlogged and, thanks to Lindiwe Sisulu and her colleagues, Comair has had to close shop.  All this is just the tip of the iceberg.

What a cheek that Sisulu could even think that she could take credit for the latest tourism statistics when it is blatantly obvious that she had nothing to do with it.  We are not that ignorant!

Member of Parliament of the Republic of South Africa

Member of Parliament for Johannesburg South