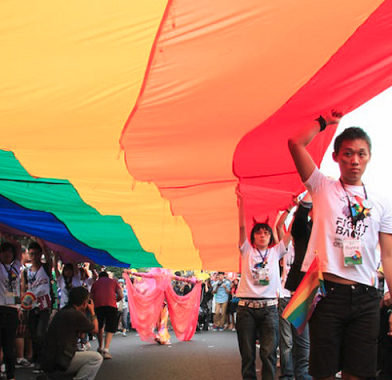 Taiwan has made history as the first East Asian country to host the renowned World Pride celebration in 2025.

The LGBTQ+ event is set to take place after Sydney World Pride 2023 in the municipality territory of Kaohsiung.

In a statement on Saturday (13 November), the InterPride committee congratulated Taiwan and expressed their excitement regarding the landmark win.

“From Rome to Jerusalem to London to Toronto to Madrid to New York City to Copenhagen, World Pride has been a worldwide event since 1997,” the statement said.

“Bringing WorldPride to this region for the first time will create a significant impact to the much-needed visibility and awareness of human rights for the LGBTQIA+ community there while providing the ability for millions more to participate from surrounding countries and territories, including China, Hong Kong, Japan, South Korea, Malaysia, Singapore, Thailand, the Philippines, Vietnam, and Indonesia,” he said.

Darien Chen, who is a spokesperson for Kaohsuing Pride, echoed similar sentiments and thanked the committee for the opportunity.

“The WorldPride Taiwan Team 2025 would like to thank all before us who lit the way, to thank InterPride who built this wonderful organization and platform and thank our supporters who have bestowed this amazing opportunity for Taiwan and Asia,” Darien said.

“This is the beginning of a four-year journey that we plan to ignite change in Asia, to promote InterPride’s mission, and to advance human rights in the world.”

Before deciding on Taiwan, around “300 member organisations” debated between the event being held on the island nation or in Washington DC.

PrevPreviousPoland’s LGBTQ+ community celebrates Pride with peaceful marches in Katowice and Lublin
NextTourism is growing despite government, not because of itNext