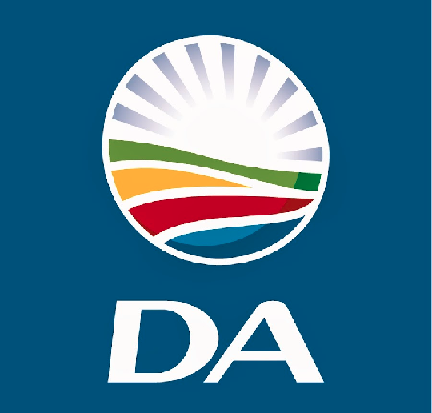 The poll was conducted among a sample of 3 204 randomly selected and representative registered voters, with a margin of error of 1.7%. Most media reports about the findings focused on the fact that the ANC’s national support hovered around 50% in the poll, 7% less than the party received in the 2019 national election. A significant chunk of the ANC’s lost support appears to have moved to the DA, which, at 25%, is up 5% on its 2019 result.

But most reports missed what is perhaps the most significant result contained in the poll: for the first time ever, the DA is now the single biggest political party in urban South Africa. According to the SRF findings, the DA is currently polling at 37% in urban areas – presumably defined as the country’s eight biggest metropolitan areas. In contrast, support for the ANC has slipped to only 33%, which means the DA is now 4% bigger than the ANC in South Africa’s cities. The EFF remains stagnant at 11%.

The implications of this shift towards the DA for our country’s political future are potentially enormous. Over 67% of all South Africans currently live in urban areas, with this figure set to rise to 71% by 2030. This means that whichever political party captures the hearts and minds of voters in the eight biggest cities will form the core of a new national political majority in South Africa.

In 2016, the ANC still got 47.7% of the vote in urban South Africa. And as recently as the 2021 local elections in November last year, the party still managed to scrape together enough votes to barely remain the biggest party in the cities. In last year’s election, the ANC got 35% across the eight metros, compared to the DA’s 34%. That has now reversed, with the DA at 37% and the ANC at 33%. While the trend of ANC decline in urban areas has been clear for well over a decade, the SRF’s polling marks a critical turning point. The DA is now the single biggest political party in urban South Africa, which, for the first time, puts the official opposition in pole position for future growth as the country continues to rapidly urbanise.

How did the DA manage to overtake the ANC? A big part of the answer to this question is also contained in the SRF findings. The eight biggest South African cities are, generally speaking, vastly more demographically diverse than the rest of the country, which means that cultivating a diverse support base is vital to securing the urban vote. Fortunately, the SRF poll also analysed the composition of different parties’ support bases. The results are striking, revealing that the DA is not only by far the most diverse political party in the country, but that not a single other political party is able to attract support from all demographic groups in the country.

When looking at the SRF findings by race group, it is clear that black voters make up the biggest chunk of the DA’s support base. Out of the 25% of all voters who support the DA nationally, 32% are black. But the key to the DA’s urban growth is that it also attracts similarly substantial support from other groups: 31% of the party’s support base is coloured, and 30% is white. The DA also attracts the most Indian voters in the country, which adds another 7% to its base.

The uniqueness of the DA’s diverse support base becomes clear when comparing it to the bases of other parties. The ANC has clearly turned its back on diversity, with 99% of the party’s votes coming from black South Africans. It has become an entirely racially-exclusive political entity that does not reflect the aspirations of voters from all backgrounds who want a non-racial and inclusive future. Similarly, 93% of EFF voters are black. The DA attracts up to 16 times more coloured, white and Indian support than the ANC and EFF.

More than any other factor, it is because the DA’s support base organically reflects the diversity of urban South Africa that it has managed to supplant the ANC in the cities.

The SRF findings clearly put paid to the widespread but false media notion that the DA does not capture the hearts and minds of a diverse group of South African voters. Nothing could be further from the truth. The great irony is that all of the hard numbers make it clear that it is actually all other political parties, including the ANC, EFF, FF+ and ASA, that are failing to attract support from across the demographic spectrum. The simple truth is that the DA is a uniquely diverse political party in this country with its deeply divided past. That the party has managed to forge a support base that cuts across historical racial cleavages is not only worth celebrating, but this fact has also fuelled the DA’s success in overtaking the ANC as the single biggest political party in urban South Africa.

That the future of politics belongs to the party that can unite the increasingly diverse populations of our major cities bodes very well for the DA. While other parties are trapped by their inability to break out of monochromatic racial boxes, the DA goes into the increasingly urban future with the wind in its sails, having now supplanted the ANC as the biggest party in South Africa’s cities.