Bros is a major leap forward from Hollywood’s bromance comedies 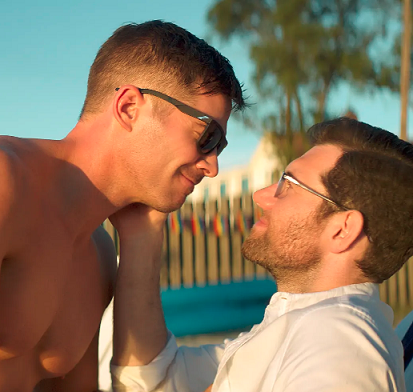 How far we’ve come. By “we” I don’t necessarily mean all of us, but I do mean writer-director Nicholas Stoller (Bad Neighbours), a veteran of the bromance era in Hollywood comedy, when the working assumption was that nothing is funnier than straight dudes acting a little bit gay.

Stoller’s new film Bros, produced by his frequent collaborator, Judd Apatow, is a different story. This isn’t a bromance in the usual sense, nor is it focused on characters struggling with their sexuality or with declaring it to the world.

It’s simply a romantic comedy in which two gay men fall in love – and while Stoller himself identifies as heterosexual, almost the entire cast is reportedly somewhere on the LGBTQ spectrum, including the star, Billy Eichner, who collaborated with Stoller on the script.

Eichner plays the fortyish Bobby Lieber, who hosts a successful podcast dedicated to LGBTQ issues, and also sits on the board of an envisaged museum of queer history. Both these occupations allow him to sound off on issues dear to his heart, not that he needs an invitation: being gay might be central to his identity, but equally he’s an archetypal movie New Yorker, proudly neurotic, cynical, and unable to keep his mouth shut.