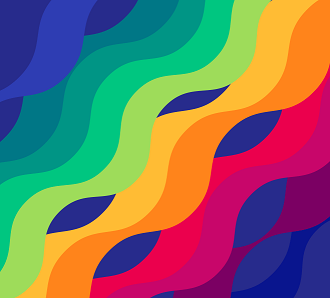 As we celebrate Pride Month, we’re reminded of just how far the LGBTQ+ community has come and what work still lies ahead.

It was during the second term of the Obama Administration that same-sex marriage became the law of the land, and it’s no coincidence that it happened during a time that use of social media, smartphone technology and the real modern internet exploded. Technology has had a huge impact on helping empower the LGBTQ+ community and creating a more inclusive society in the process; let’s take a look at the different ways that modern technology has helped usher in this change.

One only need to remember the tragic, senseless violence at the Pulse nightclub in Orlando to understand that bias and hate against the LGBTQ+ community are real, and these individuals must be vigilant about their safety. Technology providers are addressing this situation with apps and functionality aimed at helping LGBTQ+ people stay safe. For example, GeoSure is a travel safety app that provides a neighborhood-level LGBTQ+ safety rating category, helping members of the LGBTQ+ community understand the “likelihood of harm of discrimingation against LGBTQ+ persons or groups and level of caution required at location.” The app covers more than 65,000 cities and neighborhoods across the globe, helping LGBTQ+ people to make informed decisions about their personal well-being at home and abroad.

And dating app Tinder—which has millions of users in more than 190 countries—recently introduced functionality that prevents the profiles of those who identify as gay, lesbian, bisexual, queer or transgender from appearing when the user arrives in a nation where same-sex relationships or acts are still criminalized, in an effort to deter harassment or worse.

What is it like to be transgender? How can cis-hetero people be effective allies to their LGBTQ+ friends and family? Touted as, “a resource to help everyone understand issues that affect lesbian, gay, bisexual, transgender, and queer people,” LGBTQ+ Experiment is a website that aims to help answer questions about sexuality, gender and sexual orientation in an open, non-threatening environment. The site addresses everything from how to respectfully ask about a person’s preferred pronouns to why some in the LGBTQ+ community may find gender reveal parties offensive, providing readers with a way to learn about LGBTQ+ issues in a nonjudgmental environment.

For many LGBTQ+ individuals—especially those who may be living in small or more rural areas—technology has made it much easier to find other LGBTQ+ people in their community. For teens 13 and older, EmptyClosets is a monitored online community with a forum and chat room in addition to resources on coming out and sexual health. And wellness support community TheTribe offers an LGBTQ+ Support Group aimed at providing gay, transitioning or questioning individuals with a safe place to discuss the challenges they face and find a sense of online community.

Seeing ourselves positively reflected in the world around us is imperative to our well-being. As one Twitter user said, “Something as simple as an emoji might seem silly to you but it felt really awesome for me to see the gay couple emoji introduced,” when Apple introduced inclusive emojis way back in 2015. Apple made news again last fall when it introduced gender-neutral versions of nearly every human emoji in its system, garnering praise from LGBTQ+ advocates for giving people more options to express themselves. And Facebook launched a rainbow flag reaction emoji, available to anyone who liked the LGBTQ@Facebook page, during Pride Month a few years ago.

From television and music streaming services to podcasts and more, the number of individuals, artists and producers creating content that focuses on LGBTQ+ issues has increased exponentially—content that may have been rejected just 5-10 years ago. Hulu and other streaming services offer curated LGBTQ+ playlists. Cartoon Network’s “Steven Universe,” the network’s first woman-created animated series, received a GLAAD media award for its fair, accurate and inclusive LGBTQ+ representation in media. The songs from “Fun Home,” the first mainstream musical about a lesbian, have received hundreds of thousands of views on YouTube. And “Savage Lovecast,” the weekly audio podcast created by LGBTQ+ rights proponent Dan Savage, consistently holds the top spot in the iTunes “Health” category and holds a regular place in the top 20 overall podcasts

Certainly, technology has helped improve the lives of LGBTQ+ individuals, but the reality is that there’s still plenty of room for improvement throughout our society. Technology alone won’t be able to completely stamp out hate and bias; it’s up to us as human beings to hold people—including ourselves—accountable for our words and our actions, and to commit to creating an environment where all are valued and respected.