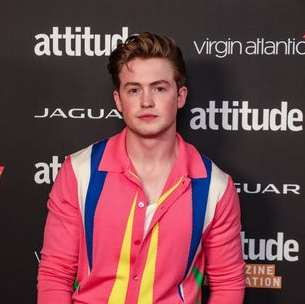 Heartstopper actor Kit Connor returned to Twitter to slam those who he says have forced him to reveal he is bisexual.

Heartstopper’s Kit Connor took to social media to reveal he is bisexual and slammed those who he says “forced” him to confirm his sexuality.

The actor, 18, shared the news on Twitter and slammed those involved, but was quick to receive support from his co-stars and the creator of the drama series.

Writing to his one million followers on Monday, the teen said: “back for a minute. i’m bi. congrats for forcing an 18 year old to out himself. i think some of you missed the point of the show. bye.”

He had previously announced in September he was “bored” of the app so was deleting it, but had to make his return to make the announcement.

The hit Netflix series is based on the graphic novel by Alice Oseman and focuses on two male-presenting classmates who fall in love. In the drama, Connor stars as rugby player Nick, who is not officially out but finds himself clicking with Charlie, played by Joe Locke, who is openly gay.

PrevPreviousFinally, A Social Media Platform That Cares About LGBTQ Safety: The Spaces App Is Worth ‘Following’
NextMiss Puerto Rico and Miss Argentina announce they secretly got marriedNext