Finally, A Social Media Platform That Cares About LGBTQ Safety: The Spaces App Is Worth ‘Following’ 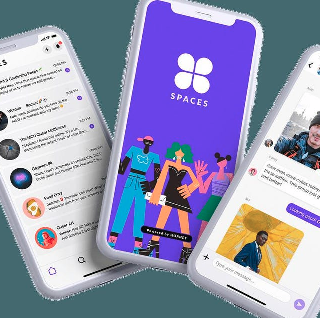 Queer Spaces Inc (Spaces) is rapidly becoming an exemplar of social innovation and a force for good.

As the largest social media platforms continue failing LGBTQ+ users, the emerging titan of tech is making their safety its top priority. Recently featured as Apple’s “App of The Day,” the booming start-up was launched in March of 2022 by parent company Hornet Networks. Hornet, the world’s largest queer tech platform with over 35 million diverse users, has been a pivotal player in digital inclusion since 2011. The Spaces app is closely following suit as an extension of the company’s passion for cutting-edge technology that enables users to build safer communities centered on shared interests and authentic connections.

A 2021 report by the Anti-Defamation League (ADL) revealed that 64% of LGBTQ people experience more bullying, harassment, and algorithmic aggression than any other demographic online. That abuse is compounded when racism, sexism, and other biases co-0ccur.

“Over the last few years, all of the big social media platforms have become toxic pits of hate, with the bulk of the harassment being directed at LGBTQ+ people of color,” Shon Washington tells Forbes. The Tulsa-based Navy veteran and longtime Twitter user currently hosts more than a dozen different communities on the Spaces app. “It’s nice to see a new platform so far removed from all the doomscrolling and negativity. I’ve had nothing but positive interactions with other queer people on Spaces—something I didn’t know was even possible anymore.”