Grindr founder Joel Simkhai believes he created a monster. Now he wants to slay the dragon 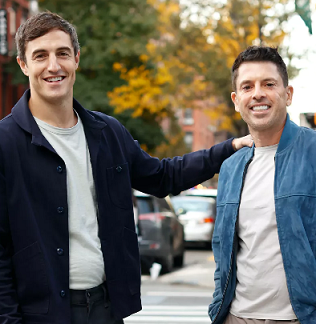 When Joel Simkhai first launched Grindr in 2009, it quickly became the most popular app for queer guys to chat, meet, hook up, and date.

In the years that followed, he delighted in hearing about men who connected and even found love through the app.

But by the time he sold Grindr in 2018, it had become infamous for facilitating endless scrolling, faceless profiles, catfishes, scammers and toxic harassment.

Since then, the app has made several efforts to address these issues, but any regular Grindr user knows they haven’t disappeared. When reached for comment, Grindr’s current Global Head of Communications, Patrick Lenihan, responded that “While we’ll never stop working to deliver for our users, we are proud of what we’ve done, particularly in the past two years, to make Grindr a supportive platform where our community can freely and comfortably connect.”

Simkhai wanted to start from scratch and recently launched Motto, a new matchmaking app for queer men. He tells Queerty he hopes it can help undo some of the negative social shifts that Grindr helped create.

“I created [Grindr], you know, so I guess I’m responsible for what happens on Grindr to some extent. Under my watch, there were negative things,” Simkhai says, adding that most technology creates good and bad consequences.

“I left five years ago, and I’ve got to say that a lot of these negative things [from the app] have kind of sat with me in a bad way, kind of sat on my conscious,” Simkhai says.

His departure also netted him a fortune — Simkhai reportedly walked away from the company with hundreds of millions of dollars.

“[At first, Grindr] really didn’t modify what you stated in your profile,” he explains. “We still had kind of a laissez-faire approach… a hands-off approach on how do we work, how people interact with each other, how the community would interact. And, kind of, my view was ‘Let the community manage itself… Who am I to tell anyone how to behave?’”

Simkhai admits that Grindr’s numerous profiles, chat interactions, and endless scrolling helped generate advertising revenue, but, he now says, “It creates a lot of negative behaviors when folks can completely, freely express themselves.”

“I recognize some of the negative externalities of something that I created and am not in a position to solve at Grindr anymore,” Simkhai says. “[One of my goals with] Motto is to create a product that is really built from the ground up with the knowledge of all these things, and with a commitment to try to stop it,” he says.

While developing Motto, Simkhai and his co-founder Alex Hostetler say they “used research and input from thousands of people and talked to many of them” to understand the unique principles and approaches people use in online matchmaking.

PrevPreviousOpinion: Why Australia’s elite basketballer is ready to tell the world he is gay
NextMormon church voices support for same-sex marriage lawNext