What happens to our brains when we are in love? 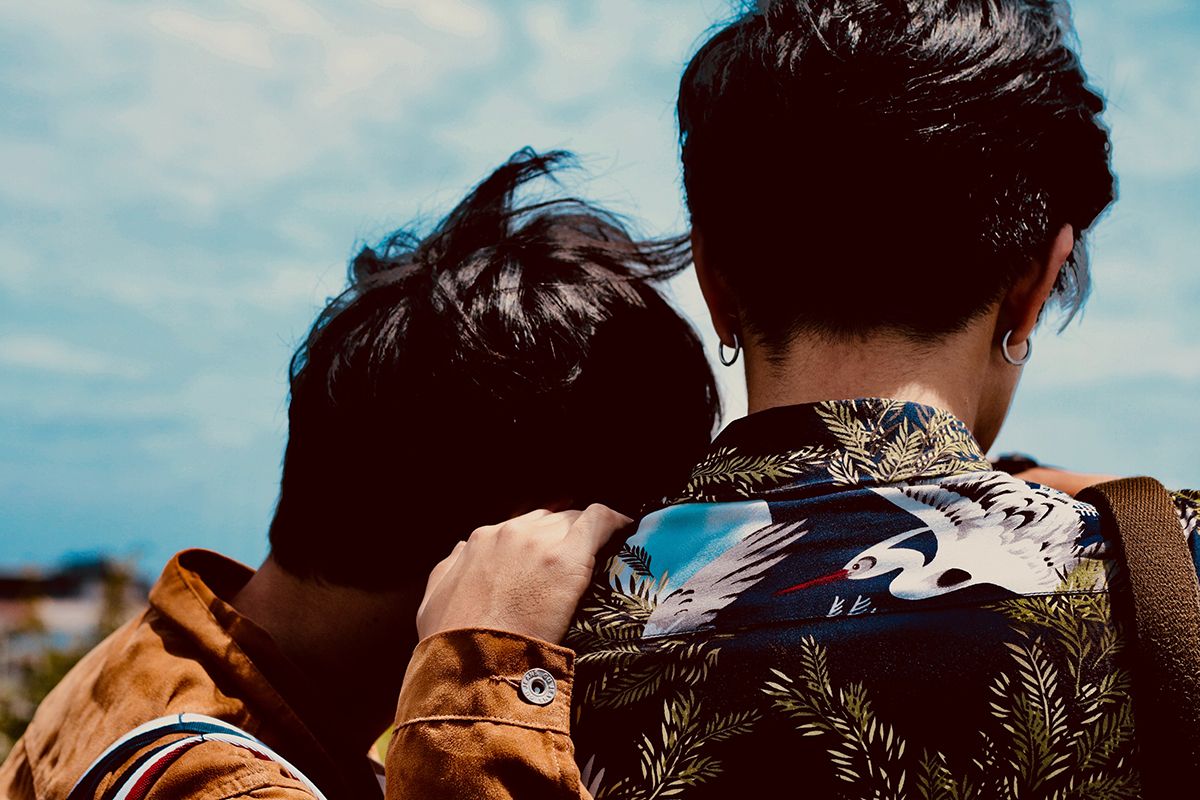 All the phases of love and how it affects the chemicals in our brains! Whether you are smitten or heartbroken, there is an explanation.

New love is glorious. New love is utter bliss. New love is a roller-coaster ride. New love is down-in-the-depths-on-the 90th-floor despair. New love is really a lot like one particular mental disorder – obsessive compulsive behaviour! That’s because new love isn’t really love at all. It’s merely combusting lust – but really, it’s not anybody’s fault! It has everything to do with our chemistry. Yep, those horny li’l hormones just start pumping their stuff big-time. With these naturally occurring excitants flooding all our bodily systems, we simply go “off our heads.” The truth is, when we experience the first blush of lust – even though we insist on calling it “love,” – we start thinking with the little head and not at all with the big one. Ah, but ain’t it grand!

It seems much of human romantic behaviour – gay or straight – is hard-wired and Cupid’s arrows are liberally dipped in neurotransmitters. Lust is the first of the three stages of love, followed by attraction, and finally attachment. Lust is driven by the sex hormones testosterone and oestrogen. They get you out there, looking for just about anything that moves. It’s wild, wonderful and always hot! Kicking it up a notch on the meter, the next phase is attraction. This is that crazed, “can’t-think-of-anything-but-him/her” stage of romance. Science has now proven that when people are “in love,” blood flow increases in areas of the brain with high concentrations of receptors for dopamine.

Dopamine is aptly named and directly associated with states of euphoria, craving and addiction. Scientists are discovering that the same chemical processes associated with addiction takes place when we fall in love. Brain scans of love-crazed individuals show activity in the same brain area as those using cocaine or nicotine. High levels of dopamine are also associated with norepinephrine, which heightens attention, short-term memory, hyperactivity, sleeplessness and goal-oriented behavior. Uh-huh, that certainly describes a bad case o’ burnin’ love!

So, couples in this stage of romance focus intently upon their relationship and little else. “When we fall in love,” says cultural anthropologist Dr. Helen Fisher, “our brains create dramatic surges of energy that fuel such feelings as passion, obsessiveness, joy and jealousy.” Just in case you don’t know, Fisher is also known as the “Doctor of Love.” Not only is she well known for being the leading expert on relationships, she uses her extensive background in evolutionary anthropology to merge the physiological and emotional aspects of the phenomenon we call love. 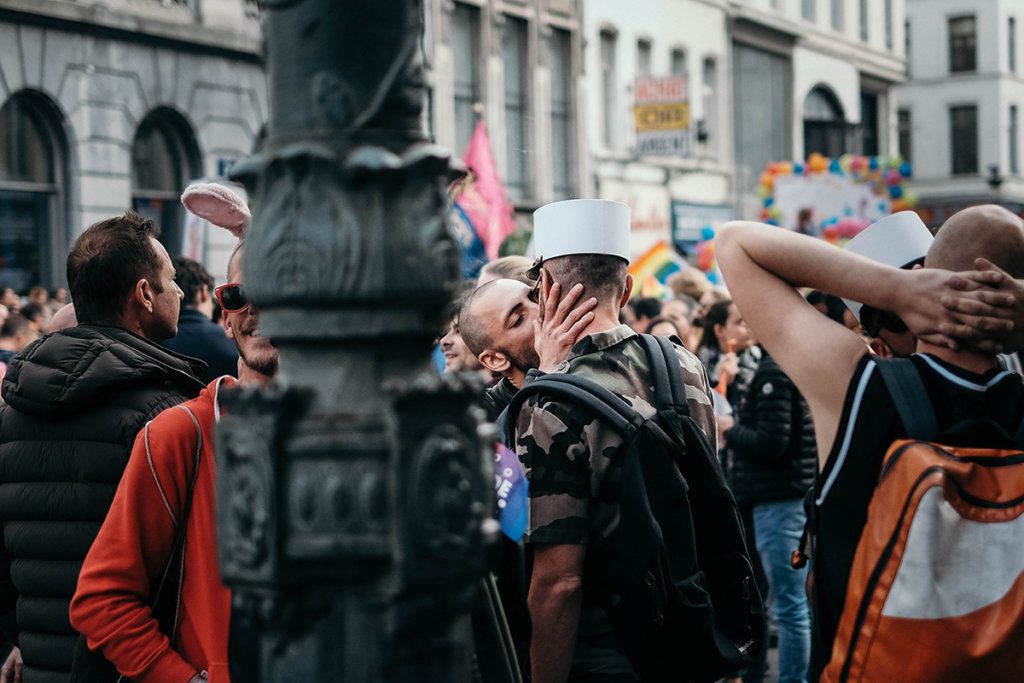 Dr. Fisher is in full agreement with songbird, Kylie Minogue, when the latter warbled “I Can’t Get You Out of my Head.”

Over the last three decades, Dr. Fisher has studied couples in an attempt to figure out just what makes our knees wobble and our minds powerless to force that certain someone out of our heads, even for just a little while. “Chemistry really matters.” Fisher is emphatic. “Romantic love is primarily a reward system, which leads to various emotions, rather than just a specific emotion.” So, at this point in the game, there seems to be little difference between love and obsession. Of course, being fixated upon one’s lover is not in the least conducive to raising dogs, cats, children or holding down a job; so another, even more potent love potion is soon required.
Three chemicals associated with the formation of long-term, monogamous relationships are oxytocin, vasopressin, and endorphins. Oxytocin is released during orgasm and it is believed it promotes bonding when adults are intimate. Endorphins, released during physical contact or sex, produce a general sense of well-being, including feeling soothed, peaceful and secure. However, vasopressin and oxytocin are also released during sex. These compounds are believed to impede dopamine and norepinephrine pathways, which might explain why passionate love begins to fade as attachment grows.

When it comes to “sparking” chemistry, Fisher believes same-sex couples are no different than heteros in the make-up of their romantic brain system, or in what makes their palms sweaty, or their hearts pound. While she hasn’t done any studies specifically on chemistry in the LGBT community, Fisher plans to do so in the near future. She is eager to prove to the world what she already believes to be true. “I honestly think,” she says, “that romance, chemistry and love are essentially the same for everyone, no matter what their sexual preference.”

In another study already underway, Fisher and her colleagues are looking at what happens when love goes wrong. “We all get dumped at one point or another,”she says, “so I wanted to see what happens in the brain when you are rejected in love.” Fisher and her colleagues again applied brain imaging technology to a group of 15 volunteers whose partners had recently left them.
From the preliminary results, Fisher concludes: “…A lot happens in the brain when you look at a photo of someone who has just abandoned you. These include activity in brain regions associated with physical pain, obsessive-compulsive behaviours, controlling anger, and regions that we use when we are trying to speculate on what someone else is thinking.” Far from switching off, brain activities involved in the previous “romantic bliss state” still come into play. “It also appears that when you get dumped,” Fisher explains, “you start to actually love your rejecting partner even more.”

So, the verdict is this – when it comes to love – you really can’t win for losing. But then again, it is better to have loved and lost, than to have never loved at all. Whatever your position, it seems like the chemistry is really stacked against us! In the 1954 musical, “Gentlemen Prefer Blondes,” Jane Russell and Marilyn Monroe also knew the score when they sang “When Love Goes Wrong, Nothin’ Goes Right.” Ah, but let’s face it; it’s the dream and the quest of it all. Fools rush in where angels fear to tread. New love is deaf, dumb, blind and stupid. But sometimes, we do get it right and then everything is wonderful – well… at least, until phase two.