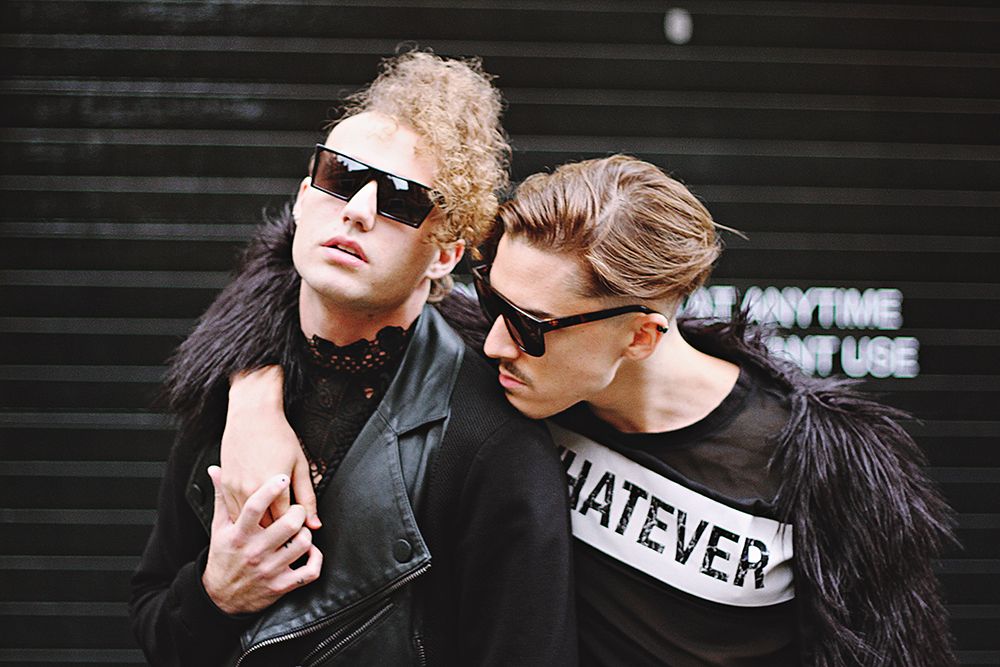 Performance art has its origins in the 1960s and is a term used to describe ways in which artists use their bodies to portray ideas. Are we not all the same?

These artists use their bodies, personalities, voice, facial expressions, gestures, movement through space as well as makeup and costume to communicate visually with those who witness their performance. Don’t we all do that, especially in the gay community? People carefully choose the clothes or costumes they will wear on any given day. We decide what we will or will not show society or the viewer about ourselves. We use selected movements and gestures to not only hide but also reveal selected information about ourselves.

Humanity finds itself in a world where meaning not only exists but can also be created by the individual. Performance artists use their bodies to express, question and formulate this meaning. They use their bodies because the only true possession that we can ever have and know, and which is ours to do with what we will. I think that this is the point that many people in the gay community are still trying to make to society. We are free to love whomever we choose. We are allowed to do what we want to with our bodies. Basically in a country with a constitution like South Africa we are free to do and say pretty much whatever we want to, and this is what we are still trying to express.

What we need to understand is that the body, whether it be that of the artist or an individual, is always ready to perform and is always in a state of representation. We are born in a specific body, a body that is subject to cultural expectations and conditionings of ‘appropriate’ behaviour. People may find themselves wanting to deconstruct and present alternatives to this so-called ‘normality’ because they are on the boundary of ‘normal’ society and see themselves as the marginalised ‘other’. The gay community is constantly doing this. We stand on the periphery of society and question and challenge the accepted norm. We may, like performance artists deliberately draw attention to ourselves in the process to get our views across.

Performance artists emphasise the activities of the body in space and time and in many cases achieve this by framing natural behaviour. It may also be said that many people who view themselves as ‘other’ may try to display and perform a type of ‘normal’ behaviour in an attempt to make themselves go unnoticed and blend in with the crowd. For those of us who remain in the closet, we may be desperately trying to seem ‘normal’ and will in many cases perform so that we do not stand out and are not ‘outed’. Whether the performance is aimed at standing out and deliberately drawing attention to oneself, or is an attempt to blend in with society, it is a performance nonetheless. There is a type of European performance activity, dubbed “walkabouts”, in which costumed performers improvise interactions with the general public. If you think about it, don’t we all do this? We put on costumes, we dress in certain ways and we interact with people on a daily basis in an improvised manner.

In her early works, Serbian performance artist Marina Abramovic, dealt with social, political, cultural and even family structures in her work and says that the body is a material through which things may be transmitted. She further states that the product she creates is given to the audience for them to use. Humans transmit products and information every day, whether consciously or not. We are constantly giving out information, which others have to interpret. The important thing to remember is that, as with performance art, the public has to ‘go with it’, the performance that is. If they don’t then the performance does not work. If gay individuals fail to blend in, as some are so desperately trying to do, then their performance has failed. Many performance art pieces focused on the body-in-pain where acts of self-mutilation are inflicted on the body of the artist. This highlights the suffering and existential torture that not only the individual but also humanity finds themselves trapped in. This self-mutilation may denote social, religious, personal or sexual significance, as is the case of tattoos and body piercing, which have become a standard way for people to express themselves in society. In the case of tattoos and piercings, unlike a performance, which is designed to make people blend into society, this performance is designed to draw attention to and make individuals stand out.

There are striking similarities between performance art and people who, for a better word, ‘perform’ daily to either blend in or to stand out. For performance art, there are no rehearsals, nor repetitions, and certainly not a fixed end. It is an open text in which whoever performs has a score which has then to be played, and in which something happens. If humanity performs on a daily basis, does this then mean that we are all now artists?