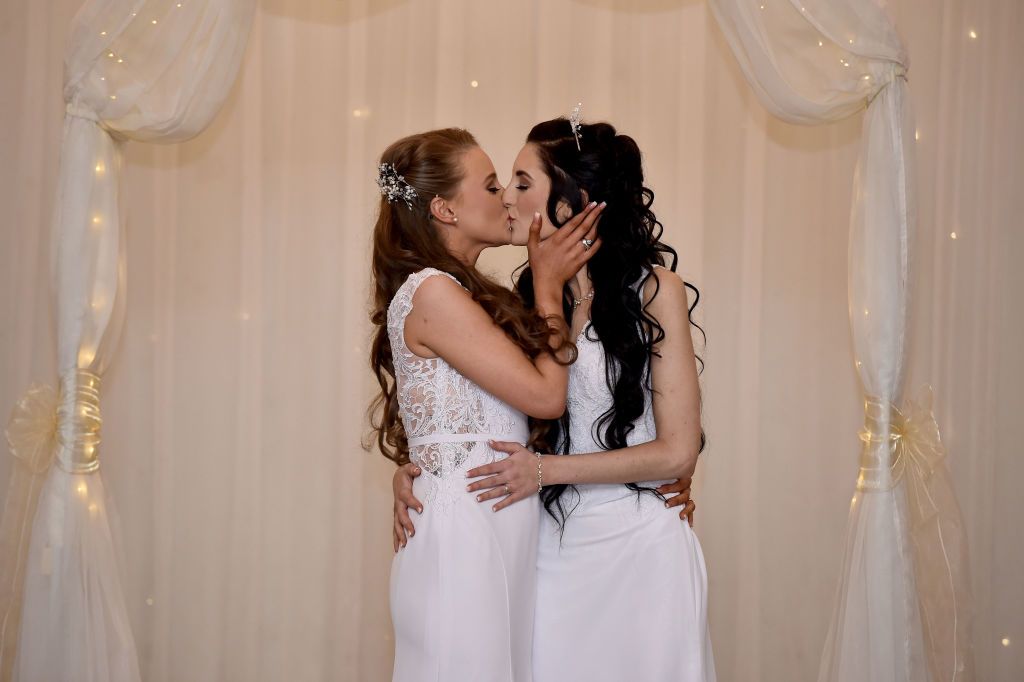 Religious same-sex marriages have finally been legalised in Northern Ireland, a year after marriage equality was extended to the territory.

In July, 2019, a historic House of Commons vote extended same-sex marriage to Northern Ireland, but same-sex couples were still unable to have religious weddings or convert civil partnerships to marriages.

Minister of State for Northern Ireland Robin Walker introduced the change to marriage regulations in parliament on Thursday, July 16, after a long campaign by LGBT+ activists.

Churches and other faith groups will now be able to offer same-sex weddings, although they will not be required to.

Same-sex religious weddings will officially be legal from September 1, but with the statutory 28-day waiting period, the first ceremonies will be able to take place from September 29.

With religious weddings now made law, legalising the conversion of civil partnerships is the last step needed for full marriage equality in Northern Ireland.

Amnesty International Northern Ireland Director and member of the Love Equality coalition said: “This is a landmark day for equality in Northern Ireland. After a long campaign, same-sex couples of faith will finally be able to marry in a church or other religious setting.

“In line with our calls, we are pleased that the law will protect religious freedom, and that churches will neither be compelled nor prevented from offering wedding ceremonies to same-sex couples.

“This is an important issue for many couples in Northern Ireland, who have previously been prevented by law from marrying in their own church.

“We now urge the Government to finish the job of marriage equality in Northern Ireland without further delay, by allowing couples in civil partnerships to convert to married status if they so wish.”

Reverend Chris Hudson, a minister at All Souls Church in Belfast, celebrated the change in law.

He said: “This is great news for couples who wish to celebrate their marriage in church, embraced by family, friends and the love of God.

“I have already been speaking to a number of couples who have been waiting for this day so they can finally have the church wedding that they have longed for. Autumn wedding bells will be ringing in Belfast.

“Until now, this legal right has been denied to churches, ministers like me, and same-sex couples of faith in Northern Ireland.

“I want to pay tribute to the activists of Love Equality, Amnesty International and the LGBT community, who have led such a positive, love-filled campaign and ensured that no-one would be left behind in the fight for equal rights for all.”