MY ‘80s ADVENTURES IN PORT ELIZABETH 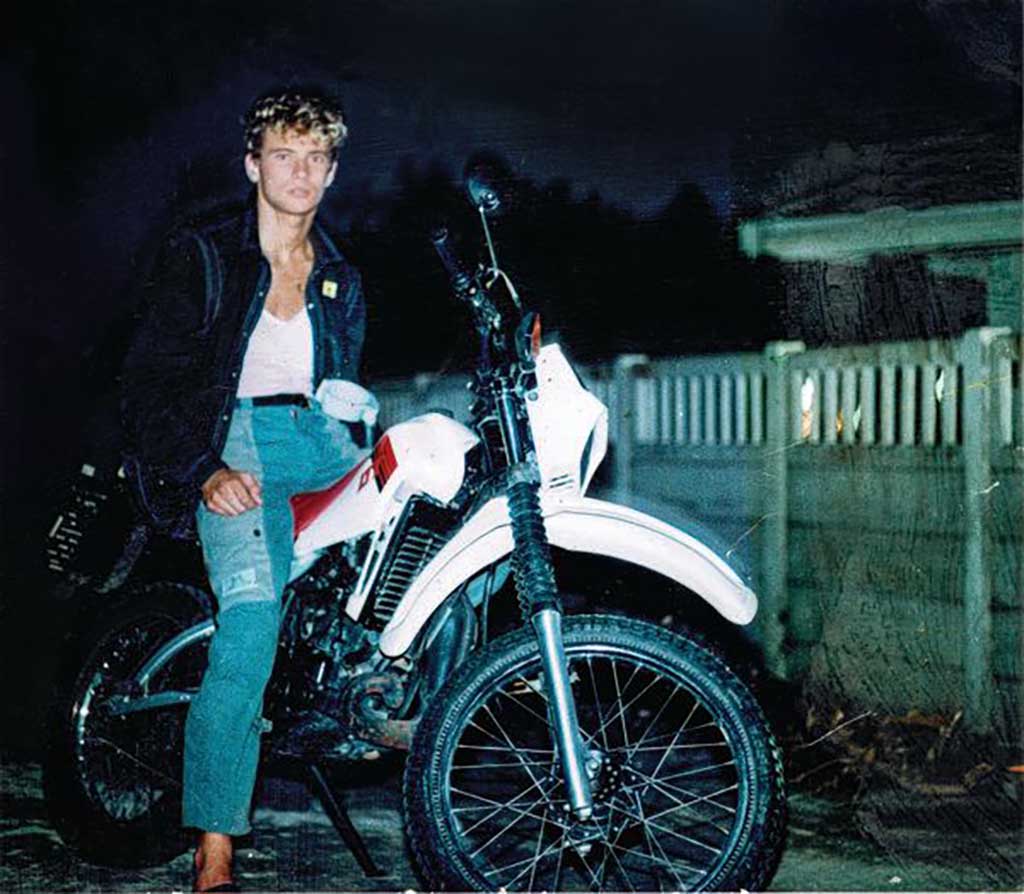 Coming of age, nobody suspected me of being gay… I was all about lifesaving, judo, the smell of two-stroke oil
and racing with the boys.

Growing up in Port Elizabeth as a teenager had advantages, as the city only had a population of 640 000, meaning entertainment consisted of finding something to do outdoors or going to the movies. Beach activities were popular and could be done all year round due to the mild winters and warm ocean. Otherwise you hung out with bored monosyllabic friends who had conversations like the cockney accented vultures in the movie Jungle Book, just before they meet Mowgli. Their conversation went something like this, “What are we gonna do? I dunno, what do you wanna do?” And so on…very funny.

Anyway, luckily, as a pre-teen bookworm I learned to live with my own company and chopper bicycle. Turning fourteen changed things and I became intrigued with the zooming 50cc motorcycles owned by sixteen-year-old boys. The era of cheap small Japanese motorcycles and scooters had started a decade earlier and just about everybody wanted one. Obviously a fourteen-year-old could not be on the road legally, but nothing stopped me from riding a small motorcycle off-road, if I could find something affordable. So, a quest started that changed my life when I found an ancient Suzuki scrambler that needed tons of TLC and a few miracles to keep going.

With boundless optimism I ventured forth into a wonderful new adventure discovering the joys of two stroke oil and tiny, overworked engines. My geeky bookworm and choir boy life made space for learning new skills, like the art of motorcycle maintenance, without the Zen. The intoxicating smell of two stroke oil and sweaty young males engulfed my psyche with a complex guilt-tinged aphrodisiac while skipping into adolescence.

Typically, society believes that gay guys are averse to contact sport and dangerous activities, yet most gay teenage boys are turned on by adrenaline and some even appreciate the smell of workshops. Competitive, testosterone driven young males tend to be foolishly fear-averse amidst their adrenaline intoxication. Slowly, but surely, my sexual identity evolved and I did not care where I was heading, as long as I could continue toying with bikes, tinkering with engines and wrestling with boys. Practicing judo, surprisingly, also guided my intuitive sense of the olfactory link between pheromones and sexuality. Martial arts can be quite sensual, judo more so than karate, especially with muscled, acrobatic guys in their late teens and early twenties. I also tried Funakoshi and Kyokushin styles of karate, but a dishy junior judo sensei with attitude, who was about a year older than I, with enviable floppy straight surfer hair swung the scales. There was a gap of about a year when I stopped judo and went to the army.

My first problematic encounter still sporting a mop of hair was with an athletic corporal that looked like a Nazi poster boy with short spiky blonde hair who shouted obscenities at me. I barely recognised my judo sensei and when I did, smiling broadly, desperately wanting to hug him, he recognised me with my long hair and angrily remembered that I dropped out of judo. He hardened his attitude even more and volunteered me for judo classes on the spot twice a week while doing basics. That was not fun, and our divine potential cover model delighted in demonstrating flying techniques on me!

As teenage boys we got hooked on the irresistible adrenaline rush when unofficially racing little bikes against other equally cash-strapped riders at Rover Motorcycle Club’s small track. We also migrated to the off-road track if we had off-road bikes. Damage on the off-road track was high and required excellent skills and a sponsorship, being an expensive hobby with a high injury rate. It dawned on me that my core nature was different from my oblivious peers, so I remained undeterred in my quest to find other teenage aliens like me. Finding likeminded souls was extremely difficult with no internet.

Now sixteen and legally on the road with a brand-new, ambitiously named Suzuki GT 50, my newfound mobility was bliss. No more dodging cops without a license.

Driving unlicensed for a few weeks on a route heavily populated with motorcycle cops was foolish. I’ll never forget my heart racing on my way to Pearson High School, when I pretended to be as cool as a cucumber when stopping a few times at a red light next to a sexy traffic cop with shiny boots in his late twenties. We appeared to travel the same route at the same time regularly. Maybe I wanted to be caught by the striking Betty Bangles with his silver shackles! A touch of danger clearly appealed while my sexual identity was awakening and three years later, I briefly dated a closeted traffic cop.

Finding part time employment at school was a gift from the gods and my stereotypically camp and flamboyant employer taught me about screaming queens, the movies and projectors. Mervyn, my boss, babbled constantly and loved sharing his views about local studs. After the initial shock, I remained cool and aloof, faking disinterest, but gaining valuable future insight with amusing new semantic skills.

First year university students are traditionally encouraged by the establishment to meet the opposite sex, and Sharon, one of the girls I took to events sometimes was beautiful and incredibly sweet. A straight life seemed simpler than living in the shadows, but it was not for me. Debating all the shades of grey was complex without the powers of
reference, Google or a mentor.

Curiosity got the better of me eventually and I finally went to the dreadful local gay club, where my linguistic grasp disarmed opportunistic guys who expected to ambush just another dumb blonde beach boy. I fled and joined SLASA, the Surf Lifesaving Association where I enjoyed the light-hearted banter amongst dishy, six-packed guys. Connecting with incurably straight guys was a mesmerising riddle and suited my serial attraction to complex scenarios, sprinkled with dishy guys.

At the wise age of nineteen, I made peace with the fact that I was wired like straight guys in many respects, except sexually. Loneliness chaperoned me while searching for love until I fell totally in love at twenty for the first time with Dolf, a gorgeous and possessive older twink who adored me. Surrendering my freedom was difficult though and Dolf did not appreciate my candid infatuation with cute straight life savers who spent so much “those were the days” time with me at the beach.

My life continued along a path of not appearing overtly gay and loving cars and bikes. I still enjoy the thrill of driving super-fast cars on spectacular tracks, like Kyalami and have not lost my passion for choral music in cathedrals. There are millions of gay people that you could not identify on sight, that are not pretending to be straight, they are just not overtly gay or fabulously camp. 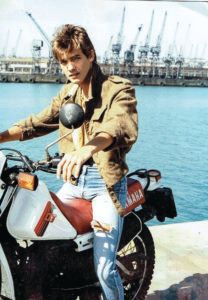 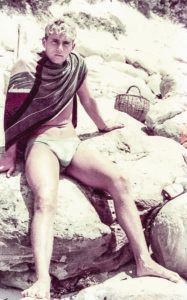 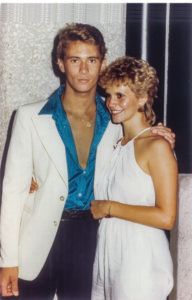 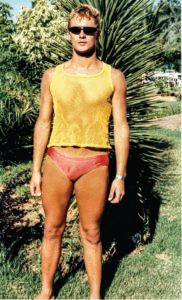