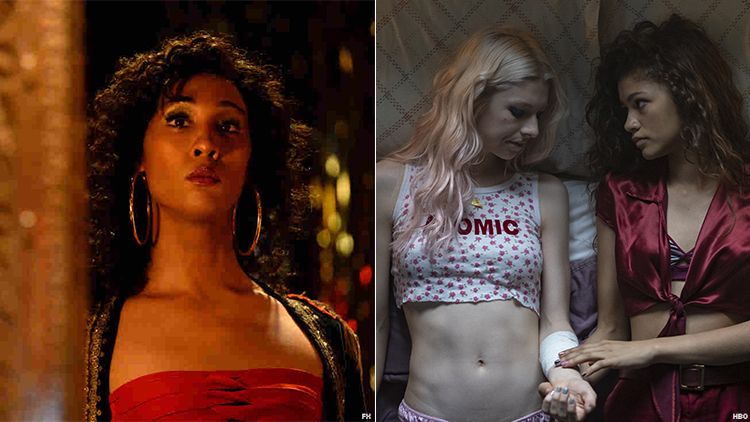 It was a breakout year for transgender actors in Hollywood — but that was not reflected in this year’s Emmy nominations.

Notably, Pose, despite consistently receiving critical acclaim, once again saw snubs for all of the transgender actors who appear in the FX production about the New York ballroom scene. Cisgender actor Billy Porter received the only nod this year (his second from the Television Academy) for his role of Pray Tell.

The news that Mj Rodriguez, Dominique Jackson, Indya Moore, and Angelica Ross were sidelined — Pose itself also did not make it into the Best Drama category this year — was met with some outrage on social media.

Steven Canals, co-creator of the series, pointed to the snub of Rodriguez as particularly egregious. As Blanca, the mother of the House of Evangelista, Rodriguez has been praised as being the emotional heart of Pose. In 2019, she became the first transgender woman to win Best Actress at the Imagen Awards, an annual event honoring positive representations of Latinx people in media.

When a Twitter user pointed out that members of the Television Academy were likely voting based on name recognition, Moore blamed the network for “weak ass promotion” of Pose‘s stars. “‘they’ Dont trust us on live TV. Esp. Me lol,” Moore said. They also noted that, historically, cisgender actors routinely received critical acclaim for portraying trans roles, a trend that has not benefited trans actors for doing the same.

Hunter Schafer was another notable snub of a transgender performer. Although Euphoria fans saw vindication in Zendaya’s nomination for Outstanding Lead Actress in a Drama Series, Schafer’s arc as trans teen Jules Vaughn was a breakout role in the gritty show about young people looking for love and drugs.

In a bright spot, Laverne Cox did receive a nomination for Guest Actress, Drama for the final season of Orange Is the New Black. Rain Valdez, who depicted Belle Jonas in Razor Tongue, also nabbed a nod for Outstanding Actress in a Short Form Comedy or Drama series.

PrevPreviousLGBT people in Italy says they are living in fear and are pinning hopes on a new law.
NextMotherland: Fort Salem Cast on Queer Feminist Visibility, Season 2Next