Two Actors Cast as Brothers on TV — Now They are Dating 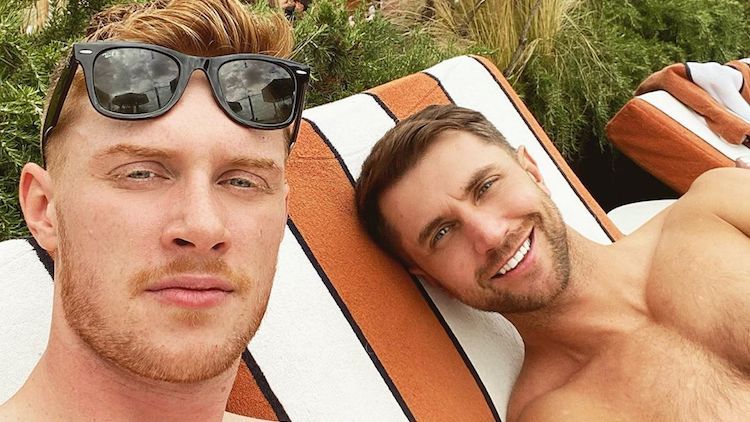 Max Parker and Kris Mochrie met only one time on set, but they’ve been low-key dating ever since.

Max Parker and Kris Mochrie were cast as brothers in the long-running British soap opera, Emmerdale, but off-screen the two have an entirely different relationship. The pair caused  a stir with recent Instagram pics showing them together and shirtless, and The Sun Online is now reporting the pair are dating according to an inside source.

“They met on Kris’ last day filming and just hit it off,” the source said. “They were cast as brothers and are really alike and have been joking that casting did a great job.”

Parker and Mochrie played brothers Luke and Lee Posner in Emmerdale, the ITV British soap opera that has been running since 1972. Mochrie’s character Lee was a serial rapist who was killed after raping brother Luke’s love interest. Even though they played brothers, the pair only met the last day of filming for Mochrie. It might not have been love at first sight, but the one meeting was enough to know they had something special. The source revealed the “boys kept in touch” and have “spent a lot of time together” since then.

Parker and Mochrie have been posting pics from some of their dates, including matching shirtless pics from when they went for a hike and got caught in the rain.

Mochrie’s casting was itself controversial. The actor, who was cast to play a rapist who used a drug to spike the drink of a victim, was convicted of perverting the course of justice and supplying the date rape drug GHB at a club where a woman later died in real life. An investigation revealed she died of natural causes.

For now, though, Mochrie and Parker are taking things slowly.

“It’s early days but they’re really enjoying themselves and who knows what the future holds.”