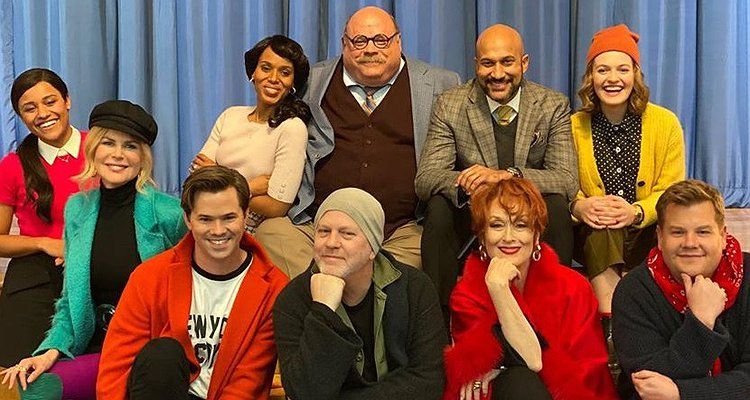 Ryan Murphy has shared a first look at the cast of his latest Netflix project, The Prom – and with two Oscar winners in the in the form of Meryl Streep and Nicole Kidman, we are truly shook.

With Murphy’s Ratched due to premiere this month the all-star, all-gay remake of The Boys in the Band right around the corner, The Prom will serve as the third offering as part of the Glee creator’s multi-million pound deal with Netflix.

An adaptation of the 2018 Broadway show, The Prom follows four nearly-washed up Broadway stars who attempt to revive their careers by supporting a mid-western high school student fighting to take her girlfriend to senior prom.

Streep and Kidman star as two of the aforementioned stage actors, with James Corden and Andrew Rannells rounding out the foursome. Lesbian student Emma Nolan will be played by newcomer Jo Ellen Pellman.

Sharing a picture of the cast on Instagram, Murhpy wrote: “Meet the incredible icon-packed cast of Netflix’s THE PROM.

“A group of true troopers who buckled up and finished shooting during COVID so we could give everybody an inspirational aspirational story that we all need right now.

Teasing the possibility of a release later this year, he added: “Christmas is right around the corner…”