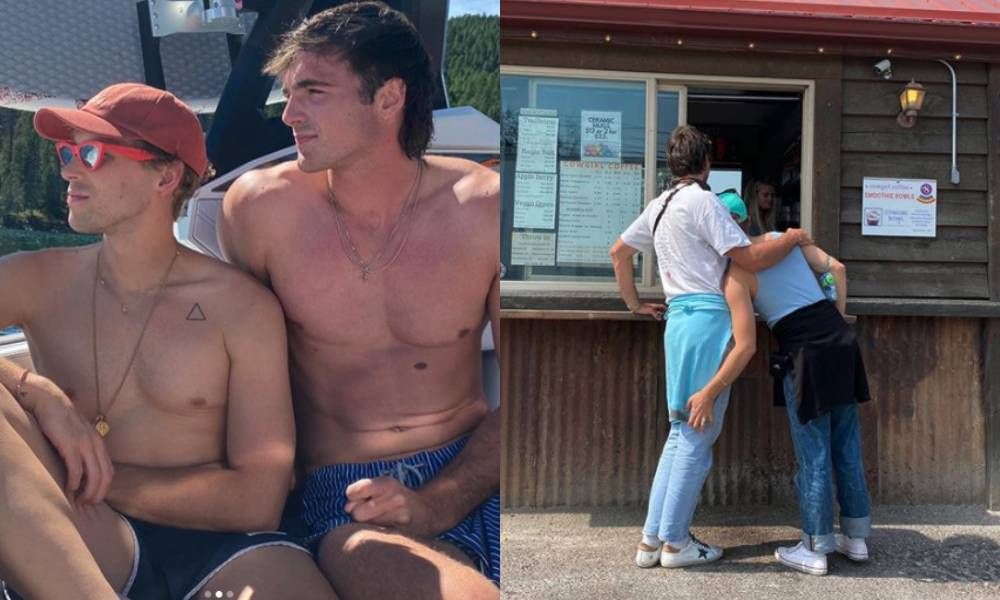 Jacob Elordi kissed Tommy Dorfman on the cheek in a sweet Instagram photo and naturally, the internet has gone wild.

The 13 Reasons Why actor shared a tender picture to their Instagram, showing them wrapping their arms around Elordi while he pecks them on the cheek.

A second picture shows the two friends topless and enjoying a boat ride, with a third showing them in another embrace.

Dorfman captioned it with a simple heart, and within 24 hours the Instagram post drew masses of attention, racking up more than half a million likes.

Though many speculated at a romance between the pair, it seems more likely that the post was simply an expression of friendship between two people untouched by toxic masculinity.

Dorfman, who is gay and non-binary, married their husband Peter Zurkuhlen in 2016. Elordi has not publicly discussed his sexuality, but has previously been linked to actor Joey King and Euphoria co-star Zendaya.

However this wasn’t enough to stop Twitter users from making jokes about a potential love triangle and generally doing the most.

Elordi rose to fame playing tortured high school jock Nate in the critically-acclaimed Euphoria, while Dorfman is best-known for their role in Netflix’s controversial 13 Reasons Why.

While in high school, Dorfman dated Drag Race season seven winner Violet Chachki. They came out as non-binary in 2017, around the same time as 13 Reasons Why premiered.

Later that year, they told Variety that living their truth made finding a new agent more difficulty.

“The agent was like, ‘Look, maybe you’ll be the Laverne Cox of this show and pop, but what I’m looking at now is not financially a good investment for us,’” Dorfman said.

Though they have since found more supportive representation, they said of the experience: “I was not accepted. I was celebrated, but I wasn’t accepted.”

In 2017 Dorfman spoke out about being sexually assaulted at 17 by a 24-year-old, sharing their story in the wake of the Kevin Spacey scandal.