The pandemic reached Australia, lockdown began, and gradually I forgot how to be me 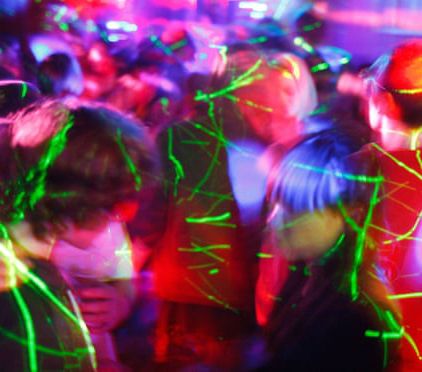 In the hierarchies of public safety and public risk, the things I’m craving, the spaces where I can be queer, the thumping dancefloors and the packed, messy little bars, will be the last thing to return.

Back at the end of last summer, the two weeks of debauchery that was my Mardi Gras ended with Club Kooky, Sydney’s legendary queer party, which in 2020 celebrates its 25th year.

Ask anyone who goes to Kooky regularly about the party and they sound like members of a cult. I can’t do much to dissuade from that view, either – despite having lived and worked in queer spaces for over a decade, until I moved to Sydney a few years ago and discovered this community, I had never felt such a sense of near-ecstatic queer belonging.

That weekend remains a bit of a blur, but seven months on it comes back to me in euphoric glimpses: bumping into old friends on the dancefloor; a chat with a stranger in line for the bathroom leading to a furtive pash.

One friend described that weekend to me as the Last Party – we knew Covid was coming, but couldn’t really have understood that within a matter of weeks we would be watching as social restrictions swept across Australia. Around the same time, I was in the process of ending a six-year relationship – as the two of us were disentangling our lives, we anxiously checked the news every morning in case we would wake up one day no longer allowed to move to separate houses, becoming trapped together in a depressing sitcom parody.

But the move happened, the pandemic reached Australia, lockdown began, and in the months following, I forgot how to be queer.

Even outside a global pandemic, a sense of belonging in queer communities has never come easily to me. I don’t really know why. I have built my life – my work in HIV; my hobbies, which include running a queer reading group – around that feeling of lack; that is, if I can just make my life as gay as possible, it will make up for the fact that deep down I struggle to feel it.

While it is an isolating experience, it is also one that many queers share. The sad irony of being united in our sense of disconnection makes the fleeting sense of community grasped at, even for a weekend or two over Mardi Gras (a night in the club, a song in the DJ set, a second on the dancefloor) so much more meaningful.

For many, queerness exists in those moments – not as an abstraction of identity but as something enacted and shared between people in queer spaces.

There are, of course, many ways to be queer, to do queer, but it is challenging for queerness to live wholly at the level of the abstract. How then now can I find that feeling, those moments, those spaces, when it might still be months, years even, until their possibility returns in all that messy, bodily queerness?

In other words, what does it mean to say that I’m queer, sitting alone in my house during Covid?

When the lockdown was at its height in Sydney I would go on to the gay hook-up apps and chat with guys. We would all pretend until the last moment that everything was normal, that this was the usual preamble to the usual hook-up, right up until the last moment when we would agree that, of course, we would stay home. I heard stories of guys going out to beats, which have apparently been busier than ever, and seeing crowds of men standing around in the dark. In Victoria, apparently, they were even wearing masks.

But it isn’t just about sex. What I miss are spaces that contain the preconditions of possibility for surprising, messy, physical encounters – the conversation at the bar that leads to fumbling in a dark corner.

I am incredibly self-conscious of writing this from Sydney. It feels a bit rich when, compared with Melbourne and elsewhere in the world, here we can do most things.

But as I watch life slowly return to the city where I live, it seems that in the hierarchies of public safety and public risk, the things I’m craving, the spaces where I can be queer, the thumping dancefloors and the packed, messy little bars, will be the last things to return. Each new step back towards “normal”, to pubs and restaurants, to beaches, parks, comes with limits on how we can do it and with whom. Even though on Oxford Street the gay bars are open, to attend we must sit in separate groups at separate tables, socially distanced.

The last thing I would want is for this to be read simply as a complaint about these restrictions. This city has been extremely lucky. Many places have not. And I genuinely believe these public health measures are for our good. But still, without queer spaces I’m feeling more disconnected than ever from who I am as a queer man. I can only imagine how much harder this must be for my queer friends going through much worse lockdown conditions.

When I think back to how that Mardi Gras weekend felt, that Last Party, the inherent ephemerality of those moments of queer belonging become enhanced, and tinged with sadness. I am grateful for that time – as queer friends have said to me, at least we got Mardi Gras – but sad to know that although the festival will go ahead in some form in 2021, it will be socially distant, hygienic, “safe”.

Until things can be messy again I will have to find new ways to be queer, to do queer. Even Kooky itself is finding those ways — over the past week, an exhibition celebrating the party’s 25th birthday has been running at Marrickville bar the Red Rattler. We are nothing if not resourceful and resilient. While the now-utopian vision of pre-Covid queerness remains beyond our grasp, we will simply have to create a new one.

• Benjamin Riley is a Sydney-based writer and researcher interested in queerness, HIV and Aids, mental health and masculinity. He tweets at @bencriley