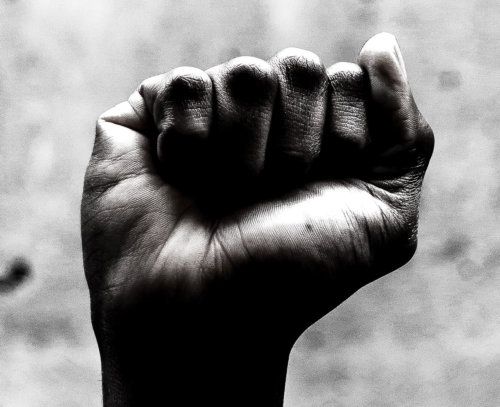 It’s also more modest, as befits lockdown rules and the country’s more straitened circumstances: there is, for example, no clarion call for running, cycling, or playing team games on the second Saturday of every month. The reconstruction and recovery plan also has touches of irony: it promises to ‘fast-track’ this and ‘kick-start’ that, presumably in the hopes that the comrades and cadres, having honed these skills in Covid-19 procurement, will now be able to apply them to economic reform.

Irony aside, the plan also has plenty for connoisseurs of fantasy: reinforcing an ethical culture, delivering ‘quick wins’, removing red tape, increasing the level of investment by the private sector, retrofitting public buildings in pursuit of the country’s green agenda, eliminating wasteful expenditure, and getting everyone to pay electricity bills and traffic fines.

There’s more: implementation of the plan will be ‘cascaded’ to provinces and districts, while ‘gender mainstreaming’ will apply to all ‘key value chains’. As for our ‘greener future’, we will get there via a ‘just transition’ (whatever that may be) and it will include ‘retrofitting the ageing power stations in Mpumalanga with solar power’.

Speaking about his plan in Parliament last week, Cyril Ramaphosa called on everyone to ‘unite behind this common vision for our recovery’. That, of course, is what just about everyone (except the Institute of Race Relations) did with the NDP, which was still a failure, as the IRR warned it would be.

That plan was full of fantasy, but it did at least contain a warning that the country’s ‘developmental agenda could fail because the state is incapable of implementing it’. So now, eight years later, what else is new?

The NDP also warned that political interference in senior appointments had caused ‘turbulence’ in the public service. ‘A deficit in skills and professionalism affects all elements’. Again, eight years later, plus ca change…

The new plan tells us that the ‘end-goal’ is to ‘pursue an infrastructure-led economic reconstruction and recovery’. So ‘strengthening the capacity of the state to intervene in the economy will be among the priority areas of focus’. This is because unless we have a ‘capable state’ the plan will not ‘achieve our determination to revive the economy’.

To strengthen the capacity of the state, skills will be mobilised, critical posts will be funded, and local government will be ‘adequately capacitated, professionally staffed, and resourced’. This undertaking is at odds with two of the key policies of the African National Congress (ANC): cadre deployment and affirmative action. The reconstruction and recovery plan’s wish to increase private investment is of course at odds with one of the ANC’s other key policies, expropriation without compensation.

The NDP promised regulatory reform to ‘boost mass entrepreneurship’, since 90% of the 11 million new jobs it envisaged would be created in small and expanding firms. This time round, the role of small business is downgraded to having an ‘important role to play in facilitating economic transformation and empowerment’, to which end they will get a ‘supportive ecosystem’. Lucky devils.

So what else is President Ramaphosa asking everyone to ‘unite behind’? The plan promises a ‘zero-tolerance approach’ to corruption. Apart from his own party and one other, the country is already united on this score. It would also be good to see wide support for his endorsement of nuclear power as part of our energy mix, provided he can implement a ‘zero-tolerance approach’ to corruption on that score.

But the plan also envisages ‘transforming the patterns of ownership in the economy’. Furthermore, we are going to get a state bank. The government in the form of ‘development finance institutions’ will get ‘direct access’ to pension funds. ‘Localisation’ will be ‘driven aggressively’ to ‘kick-start a massive programme of industrialization’. State procurement will ‘shift decisively to local procurement’. Among those for whom this means more power is the minister of trade and industry, Ebrahim Patel.

Power of the state

These aspects of the plan go far beyond emergency relief to aid ‘recovery’. They are designed to increase the power of the state to bring about ‘reconstruction’ in furtherance of the national democratic revolution.

The plan will be implemented by line departments. Working groups will monitor various things, and the ‘Nedlac presidential working group’ will ‘ultimately report to the National Command Council’. Provincial and district ‘coronavirus command councils will integrate the monitoring of the implementation’ of the plan.

Opposition politicians, economists, business, and the media all enthusiastically endorsed the NDP eight years ago. Let us hope that they will be a lot less gullible this time round. The main thing being ‘fast-tracked’ by this plan is more power for the ANC, disguised as emergency relief.