WHO team blocked from entering China 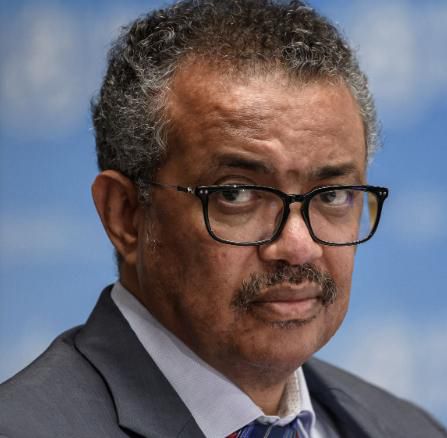 The World Health Organization said that China has blocked the arrival of a team investigating the origins of the coronavirus pandemic, in a rare rebuke from the UN agency.

WHO Director-General Tedros Adhanom Ghebreyesus said two scientists on the United Nations team had already left their home countries for Wuhan when they were told that Chinese officials had not approved the necessary permissions to enter the country.

The arrangements had been jointly agreed with China in advance.

“I am very disappointed with this news,” Tedros told a news conference in Geneva on Tuesday. “I have been in contact with senior Chinese officials and I have once again made clear that the mission is a priority for WHO and the international team.”

Tedros said WHO was “eager to get the mission underway as soon as possible” and that he had been given assurances that Beijing was speeding up the internal procedure for “the earliest possible deployment.”

Dr. Michael Ryan, executive director of WHO’s health emergencies program said there was an issue with visas and one team member had already returned home. The other was waiting in transit in a third country.

WHO officials have long been negotiating with Beijing to allow a team of global scientists access to key sites to investigate the origin of the virus — first detected in Wuhan in December 2019 — and its likely jump from an unidentified host species to humans.

In May, WHO agreed to hold an inquiry into the global response to the pandemic after more than 100 countries signed a resolution calling for an independent probe.

Ryan said the team hoped it was “just a logistical and bureaucratic issue” that can be resolved in “good faith in the coming hours and recommence the deployment of the team as soon as possible.”

In a press briefing Wednesday, spokesperson for China’s Ministry of Foreign Affairs, Hua Chunying, said China had “always held an open, transparent and responsible attitude” on tracing the origin of the virus.

Hua said that China had previously welcomed WHO experts into the country and said that the UN investigation team and Chinese experts have “maintained frequent interactions” including four video meetings between October and December.

“In order to ensure that the international expert group that comes to China can work smoothly, it is needed to fulfill the necessary procedures and make relevant specific arrangements. The two sides are still negotiating about this,” said Hua.

Marion Koopmans, a Dutch virologist who heads the Erasmus Medical Centre’s Department of Viroscience in Rotterdam and is part of the investigation team heading to China, said that they were “ready to go.”

Koopmans said that they have been told nothing is off limits while in China and said the team will be working in collaboration with their Chinese colleagues “looking at the data, talking to people with expertise, and concluding from what’s been done, and what can be built on.”

She said it was important to understand the origins of how the virus made the leap to humans because there is “no country that doesn’t have risk of disease emergence. It’s something we need to understand, so the whole world can prepare.”

“We really need to have patience and not judge. It’s meticulous work, it will take time,” Koopmans said.

The United States and Australia have led the charge in criticizing China’s handling of the initial stages of the pandemic, accusing Beijing of downplaying its severity and preventing an effective response until too late.
US President Donald Trump has repeatedly blamed China for the global pandemic and announced that the US would terminate its relationship with WHO, saying that China had not properly reported information it had about the coronavirus and had pressured WHO to “mislead the world.”
The US has demanded transparency in WHO operations in China. In November, Garrett Grigsby with the US Department of Health and Human Services told WHO’s assembly that the terms of the investigation to China were “not negotiated in a transparent way” and “the investigation itself appears to be inconsistent” with its mandate.
A trove of confidential documents obtained by CNN last year from the Center for Disease Control and Prevention in Hubei province — where the virus was first detected in 2019 — showed how Chinese officials gave the world more optimistic data than they had access to internally, by initially underreporting case numbers during the early stages of the outbreak.

As countries around the world struggle with new infection surges and outbreaks, China appears to be rebounding. Last month, the country posted positive economic growth for the second quarter in a row.

As the WHO team prepared to embark, Chinese officials and state media have questioned the virus’ origins, saying “more and more research suggests that the pandemic was likely to have been caused by separate outbreaks in multiple places in the world,” according to Wang.

On Monday, reports circulated on Chinese social media that the virus had been detected on auto part packaging in multiple cities, including from foreign brands.

For months, China has been testing and disinfecting frozen products imported from overseas, over fears the virus could reenter the country that way, even as experts remain skeptical about this as a potential source of infection.

WHO says it is “highly unlikely that people can contract Covid-19 from food or food packaging,” and the US Centers for Disease Control and Prevention (CDC) says the risk is “thought to be very low.” Both insist there is no evidence of such transmission, and countries have even threatened to bring a case against China at the World Trade Organization over import restrictions.

PrevPreviousI AM… FLAMBOYANT
NextIdeology, control, and a desired NHI ‘pilot’ behind the Covid vaccine impasseNext