Ideology, control, and a desired NHI ‘pilot’ behind the Covid vaccine impasse 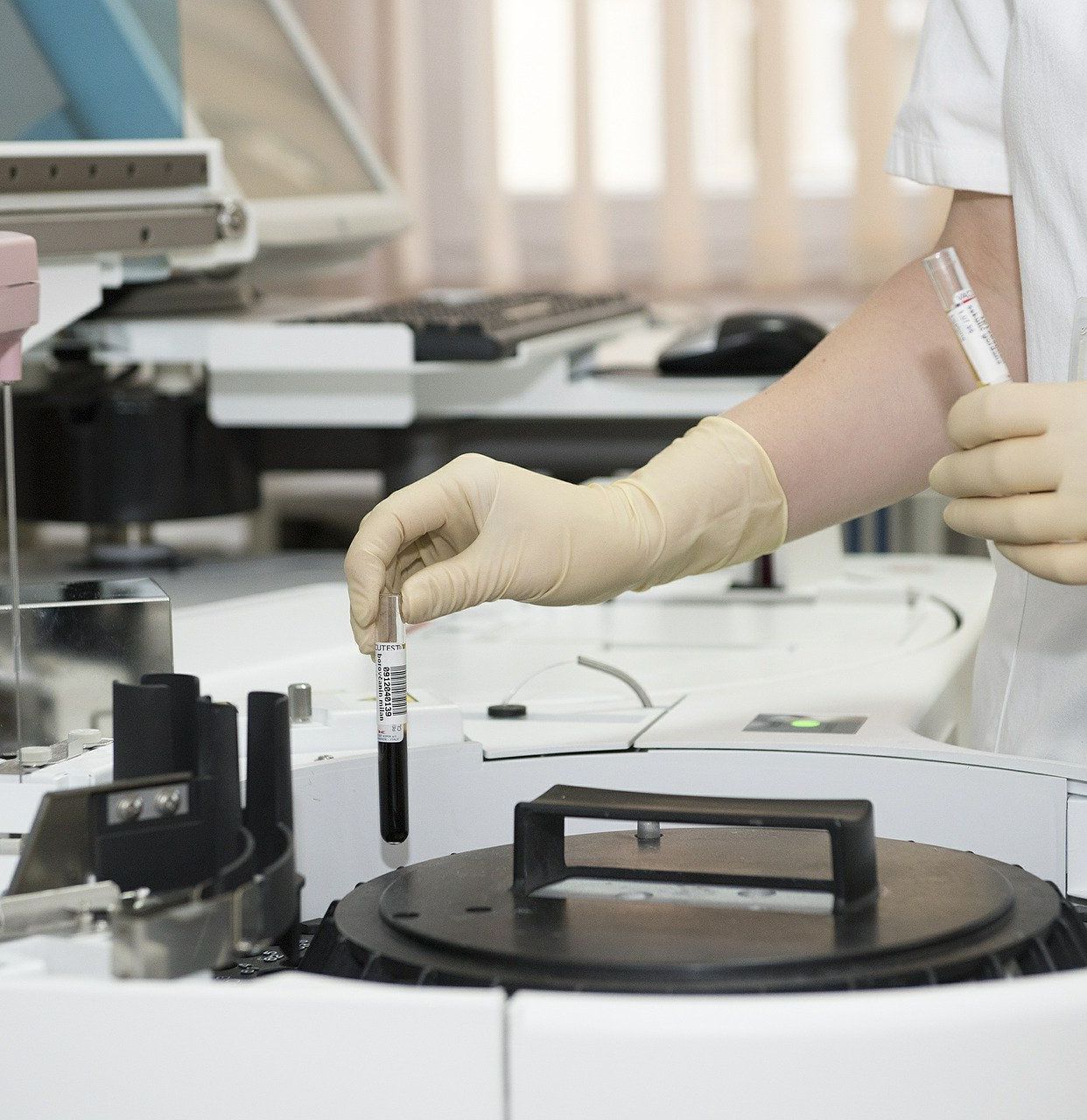 Why is the vaccine roll-out plan quickly cobbled together by health minister Dr Zweli Mkhize so very scant on details and ambiguous on timelines?

South Africa has more than 1.1 million Covid-19 infections and in excess of 31 000 Covid-related deaths. A stricter curfew and many other controls have recently been introduced and harsher lockdowns may yet be introduced at massive economic cost. And still the government has done nothing to secure Covid vaccines on the scale required to generate herd immunity.

Why this ‘colossal mismanagement’ of the vaccine procurement process, as Cosatu calls it? And why is the vaccine roll-out plan quickly cobbled together by health minister Dr Zweli Mkhize so ‘very scant on details and ambiguous on timelines, especially on delivery dates’, as Nehawu queries?

Government’s customary incompetence is no doubt partly to blame, but there is more to it than that. Ideology is the decisive factor, along with the ANC’s desire for comprehensive control. Equally important is the opportunity the ruling party now sees to ‘pilot’ the vital ‘single-buyer’ element in the proposed National Health Insurance (NHI) scheme.

Ideology requires that vaccines be sourced – not from the ‘imperialist’ West and its private corporations – but rather from China and Russia and their state-controlled entities. Which is why Nehawu ‘demands’ that the government buy solely from these two countries, ‘while waiting’ for Covax vaccines to be made available under this global scheme.

Ideology further requires that the entire vaccination procurement and distribution process be controlled by the government. Union members need to be involved as well, says Nehawu, to ensure priority for the poor. But private medical schemes and hospital groups cannot be allowed any influence because of their ‘prioritisation of profits over lives’.

Ideology at the root

Ideology lies also at the root of the government’s refusal to allow the private sector to buy vaccines directly from the pharmaceutical companies whose approved products are already being rolled out in some 30 countries.

According to deputy director general of health Anban Pillay, ‘a single procurement approach’ is instead envisaged. ‘As a country we will buy a stock for the entire country and that will be used to distribute to our partners.’

Which ‘partners’ will be allowed into the distribution process will be decided by the government too. According to Mkhize’s plan, the list will not be confined to public and private healthcare providers, but will extend to ‘civil society, labour, and traditional leaders’, all of whom will have to report to ‘provincial and district coordinating councils’.

There will be many jobs for cadres in this complex coordinating process. There will also be many opportunities for ANC insiders to draw ‘rents’ from the trade unions, traditional leaders, and other entities wanting to participate.

As regards procurement, Discovery, the country’s largest private medical scheme, has reportedly secured and ring-fenced funding for the vaccination of 2 million of its members. However, it cannot choose to purchase suitable vaccines because the government will not allow this.

This is also why mining companies cannot meet a demand from the Association of Mineworkers and Construction Union (Amcu) that they ‘directly procure the vaccine for their employees’, rather than wait for the government to provide.

This step cannot be taken, says Minerals Council SA spokesperson Charmane Russell, because ‘the government has made it clear that private sector organisations or medical schemes will not be permitted to procure independently for their own members.’

NHI pilot by the backdoor

Behind Pillay’s insistence on ‘a single procurement point’, controlled by the state, lies an ideological desire to use the vaccine roll-out as an unofficial ‘pilot’ for the NHI.

The proposed NHI is to be a ‘single-payer’ system (one of the few in the world), in which the government, through the state-controlled NHI Fund, will carry out all procurement, decide all treatment protocols, and stipulate all prices for healthcare goods and services.

Hence, if Covid vaccine procurement is made the sole function of the government, the SACP/ANC alliance will soon be able to claim a massive step forward towards the ‘single-payer’ NHI.

But a centralised government monopoly over vaccine procurement and distribution will put all the country’s eggs in one basket, excluding competition and increasing the risks of failure. It is also likely to prove cumbersome, incompetent, and wide open to corruption – especially in the purchase of ancillary goods and services such as needles, syringes, transport, and secure storage.

Fortunately for most South Africans, the single-buyer provisions in the 2019 NHI Bill have not yet been enacted into law. Hence, private companies and other entities still have the legal capacity to buy directly from the suppliers of their choice.

There is, however, a significant impediment in the Medicines and Related Substances Act of 1965 (the 1965 Act) and its prohibition on the sale of unregistered medicines. Covid vaccines must thus be registered by the South African Health Products Regulatory Authority (SAHPRA), which replaced the Medicines Control Council (MCC) in 2018.

There was a time, back in the late 1990s, when the MCC was so independent of the ANC that it refused to bow to major pressure from Thabo Mbeki, then deputy president, and Nkosazana Dlamini-Zuma, then minister of health, to allow the use of Virodene, a dangerous industrial solvent, as a treatment for HIV/AIDS.

The ANC, which reportedly had a 6% stake in the company producing Virodene, was outraged. Dlamini-Zuma told the media she wanted ‘the power to overrule’ the MCC – and took steps to achieve just that. MCC chair Professor Peter Folb was summarily removed in 1998, as was MCC registrar Johann Schlebusch and his deputy.

Dlamini-Zuma’s next planned step was to disband the MCC and replace it with a new body under her control. However, she found she lacked the statutory authority to do so. That changed in 2003, when the 1965 Act was amended to create a new MCC appointed entirely by the minister. A 2008 amendment act provided for the establishment of SAHPRA, which is also subject to ministerial control.

By the time SAHPRA became operative in 2018, the backlog in unresolved applications had grown from an average of 600 under Folb to around 16 000. Some of these dated back to 1992.

Though some 3 000 applications for now outdated products have been discarded, the backlog still remains. It will be difficult to reduce, moreover, as SAHPRA receives some 4 700 new applications every year, but processes only about 2 550 applications a year.

Long delays in Covid vaccine registration could thus arise. However, SAHPRA is committed to collaborating with global regulatory agencies to speed up the registration process – and various vaccines have already been approved by the United States, the United Kingdom, the European Union, Israel, and India.

SAHPRA can thus rely on the stringent assessments already carried out by reputable regulatory agencies, rather than insisting on its own evaluations. It has also indicated in recent guidelines that exemption from normal testing may be considered for Covid vaccines.

The risk, however, is that political pressure could be brought to bear, as it was on the MCC on Virodene. In this scenario, SAHPRA might be swift to register Chinese or Russian vaccines, while insisting on more comprehensive evaluations for other products.

If South Africa’s only approved vaccines are Chinese or Russian ones given apparent ideological preference, even more South Africans will become reluctant to accept inoculation. By contrast, there will be fewer fears of adverse side-effects if people can choose from a range of suitable vaccines.

While many other countries forge ahead with vaccinations and look forward to reopening their economies, here the government’s main priority remains the pursuit of its destructive NDR ideology. That must now change.

The government’s desired monopoly over vaccine procurement and distribution cannot be accepted, while SAHPRA should fast-track the registration of all suitable vaccines in a professional and even-handed way. No individual should be forced to accept inoculation – but a choice of approved vaccines from a range of private and public providers should be made available to all those wanting to proceed.

Image by Darko Stojanovic from Pixabay