President Erdogan claims there’s no such thing as LGBT+ people 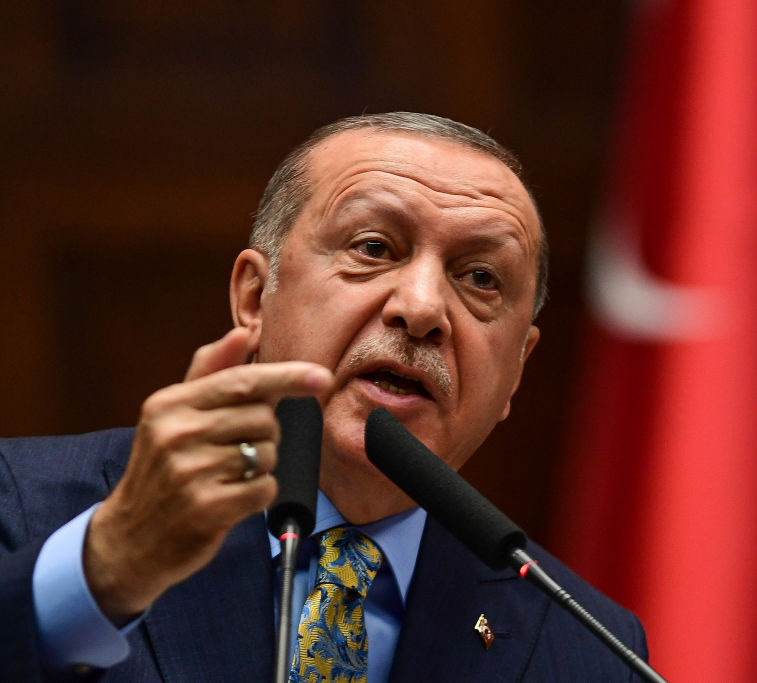 Turkey’s fiercely anti-gay president Recep Tayyip Erdoğan has claimed that there is “no such thing” as LGBT+ people.

Erdoğan has positioned himself as an ardent opponent to LGBT+ rights, with tensions rising in recent days following student protests in Istanbul.

The president doubled down on his anti-LGBT+ views on Wednesday (3 January), according to SBS.

“The LGBT, there is no such thing,” Erdoğan reportedly said.

“This country is… moral, and it will walk to the future with these values.”

Erdoğan’s comments come after protests erupted at Bogazici University in Istanbul, where students hit out at the president for appointing government loyalist Melih Bulu as rector of the institution.

Tensions boiled over when protesters displayed a poster on campus depicting the Kaaba in Mecca adorned with rainbow flags. The students were subsequently arrested, with interior minister Suleyman Soylu branding them “perverts” on Twitter.

Since the protests, Erdoğan – who has a long history of making anti-LGBT+ comments – has doubled down on his views.

During an online address to members of the Justice and Development Party (AKP) on 1 February, Erdoğan said: “We’ll carry our youth to the future, not as LGBT+ youth, but like the youth from this country’s glorious past.”

He added: “You are not the youth who vandalise, but you are those who mend those vandalised hearts.”

Speaking on Wednesday (3 February), Erdoğan hit out at protesters, asking: “Are you students or terrorists who dare to raid the room of the rector? This country will not be a place where terrorists prevail. We will never allow this.”

Anti-LGBT+ sentiment has been on the rise in Turkey for a number of years – however, things have not always been like this.

In recent years, the government has begun a clampdown on LGBT+ rights and freedom, opting to ban Istanbul Pride in June 2015. Since then, a number of other Pride festivals have been banned and shut down, with violence breaking out when queer people tried to celebrate regardless.

Erdoğan has also been vocal in his opposition to queer people. In July 2020, he accused LGBT+ people of “sneaking up on our national and spiritual values again” and of trying to “poison young people” throughout history.

“I invite all members of my nation to be careful and take a stand against those who exhibit all kinds of heresy that our Lord has forbidden, and those who support them,” Erdoğan said at the time.