The economic consequences of EWC 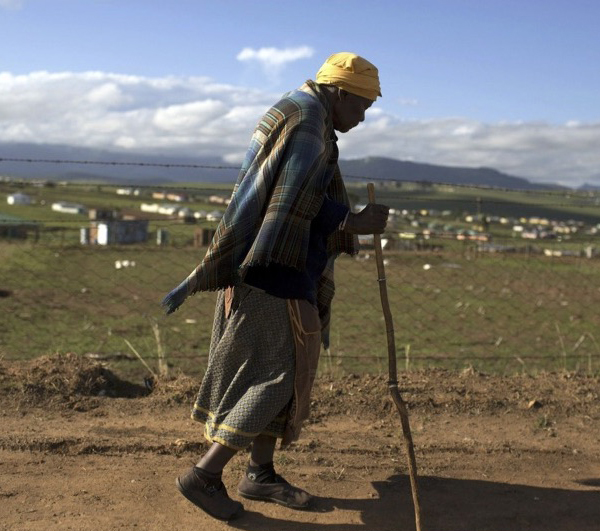 The passage through Parliament of the Expropriation Bill, which is likely later this year, will be a watershed moment in South Africa’s post-1994 politics, with vast implications for the economy.

The bill gives the central government and local authorities the right to seize agricultural and urban land, as well as other assets, without proper judicial process. Passage of the bill will mean the government will have enormous new powers to infringe property rights and grant patronage to its supporters.

Once enacted, the law will considerably reduce property rights and render them uncertain, with many negative consequences. The rights to expropriated land will lie with the state rather than the intended beneficiaries, which means the incentives for productive use of the land will not be present.

Clearly, the ANC is so ideologically driven on the issue of expropriation without compensation (EWC) that little has been learned from the disasters brought about by property seizures in the past.

Globally, seizures of property have brought about economic disasters for the countries that have embarked on them, and for the stated beneficiaries. The negative economic impact has, universally, spread beyond the agricultural sector, and inevitably pushed countries into penury.

Seizures of productive farms have led to a drop in production and, in the most severe cases, mass starvation. Heavy dependency on food aid and rationing is common in the aftermath of land seizures. To achieve the goals of revolution and land distribution against resistance, there has often been extreme state violence. Examples of the killing of those deemed ‘class enemies’ are the Kulak peasantry in Russia or the vast starvation associated with the Great Leap Forward in China.

In recent years in Zimbabwe, the United Nations has estimated that 60 percent of the population is food insecure. The country suffered from a terrible drought until the recent rains, but seizures of farms have been the overwhelming reason for the country’s dire food predicament. Farm seizures in the late 1990s scared away potential investors, and subsequent hyperinflation has pushed the economy into a spiral of decline.

When Idi Amin seized the shops of Ugandan citizens of Indian origin, they were run into the ground by his cronies who lacked retail experience.

Venezuela is another recent example of the calamity triggered by property seizures. In Venezuela, food production collapsed after the government took fertiliser factories and then land and other properties. The economic contraction has resulted in mass hunger, a significant loss in the average weight of the population, a humanitarian crisis and mass emigration.

President Cyril Ramaphosa gave us the assurance that ‘there will be no smash and grab’ of land. But with the sweeping powers in the proposed legislation, and in the absence of criteria and a list of targeted assets, these assurances are of limited value.

The hovering threat of seizures must raise investor uncertainty and is bound to mean farmers will hold off improving their land and expanding. The farmers will have to continue to invest in order to run their daily operations. But the sheer uncertainty over whether a farm will be seized has probably already dampened the enthusiasm of many to go into the sector.

The arrangements for selecting beneficiaries is unknown. In Zimbabwe seized farmland often ended up the hands of Zanu-PF high-flyers. Farm workers who had experience in working on the land were often chased off by political functionaries. There has to be a high chance that land distribution will become part of the tools for rewarding a patronage network in South Africa. While the bill proposes that expropriated land remains in state hands, might it be possible for the land to be ultimately sold off at some stage to a designated beneficiary?

Deputy President David Mabuza has said the bill’s intention is to ‘address injustices of the past and restore land rights.’ Those are good-sounding motives, but they are at odds with the proposed legislation. Land rights of seized property will be in the state’s name and will be leased to new occupants. This could set up the scheme for failure.

The willing seller, willing buyer approach in South Africa has in part failed due not so much to the technique itself, but rather the failure to vest property rights in the intended beneficiaries. Instead, the state has remained the owner, which in itself creates uncertainties for resettled occupants. Is it worthwhile for them to invest in land improvements when they know they can be thrown off by the caprice of the government?

Property seizures will send shock waves through the economy.  Demand for farm machinery and services might well collapse. Farmers take on a lot of debt for improvements to the land and for working capital needed for planting and other activities. Whether the owners of seized farms would still be responsible for the debt will have to be tested in court.

Banks, agricultural co-operatives, and the Land Bank could take major hits in the event of a wave of expropriations. Seizures or just threatened seizures could cause banks to cut their exposure to the sector, resulting in higher interest rates for agricultural loans and those in dependent businesses.

Last week the President declared the planned investment of R15.8 billion by the Ford Motor Company in South Africa as ‘a clear statement of confidence in South Africa’s future.’

Why would Ford want to invest in South Africa, with enactment of an Expropriation Bill pending?

The government is unlikely to target such a high-profile investor as Ford. Ford’s investment in a new assembly plant in Silverton for its new Ranger vehicle is probably around an eight-year investment – about the time a vehicle model remains in production.

So it is not a long-term bet on the South African economy. At the end of the production life of the Ranger, will Ford invest in a new production line in the country?

There are many other ways for government to achieve land redistribution and the restoration of land rights. The willing seller, willing buyer approach that has been used, has failed due to the combination of administrative chaos in government and because the land rights remain with the state or have been diluted by group ownership schemes.

Rather than embark on a new and dangerous course of land seizures, government should try and rectify what has gone wrong with its efforts at land reform so far.