Liza Minnelli at 75: A tribute to the ultimate gay icon 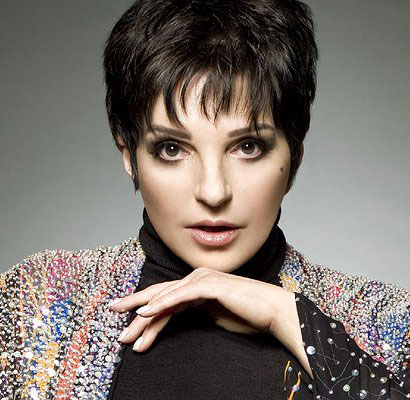 The first-born daughter of Judy Garland was always going to find an audience with gay men – but Liza would go on to establish an incredible legacy in her own right, writes Ben Kelly.

If Liza Minnelli had never done anything with her life, chances are she’d still be hailed as a very special lady. Purely through her status as the only child of screen legend Judy Garland and film director extraordinaire Vincente Minnelli, her mere existence represents an extraordinary link to another time – the Golden Age of Hollywood.

But with genes like those, Liza was never going to be anything other than a glistening star in her own right; and after the death of her mother in 1969, she not only struck up an entertainment career of her own, she also carried on the torch from that ultimate gay icon, and forged her own path as a friend to the gay community.

Her career in itself is like a gay man’s dream. A star on Broadway from the age of 19, she proved her own merit in the 1972 movie Cabaret, starring as racy nightclub performer Sally Bowles in a performance which is counted among the most iconic in both musical and cinematic history.

Since then, her career has been a course of one-woman shows, countless albums and genius cameos. She’s picked up numerous signature songs, and is one of a handful of EGOT winners (having won the Emmy, the Grammy, the Oscar and the Tony) in a display of how diverse her talent is.

A thoroughly classy lady, Liza has remained one of the few top names who can command big cash appearances at Carnegie Hall and the Royal Albert Hall, but you’re also just as likely to find her crooning at a dive bar piano during the summer in Provincetown, for the assembled gay holidaymakers.

She’s not afraid to take risks, and go left field – often following paths that play directly towards her gay audience. In 1989 she recorded the Results album with the Pet Shop Boys in which she allowed them to mold her in the style of a 1980s dance diva.

The ensuing hit rendition of Sondheim’s ‘Losing My Mind’ is surely one of her most flamboyant moments.

But Liza’s appeal to the gay community goes deeper than her layers of sequin studded shawls. Having lost many friends to HIV and AIDS – including Halston, Rock Hudson and Freddie Mercury – Liza was an early champion of the cause.

It was she who brought the epidemic to the attention of Elizabeth Taylor, who herself became instrumental in shedding light on the situation.

In 1994, Liza performed ‘The Day After That’; a touching AIDS tribute for thousands gathered in Central Park to mark the 25th anniversary of the Stonewall riots, which had begun on the day of her mother’s funeral. As she shared her concern for gay causes, we too have shared our concern for her.

Liza’s life has been a rollercoaster journey, and she’s spoken frankly about her battles with alcoholism and drug addiction, her various stints in rehab, and her four divorces. In these struggles, many gay men see reflections of themselves; and from Liza’s endurance, they take inspiration.

From Cher and Elaine Stritch, to Barbra Streisand and Betty White, the women who gay men adore only become more appealing with age – usually a result of their wit, tenacity, and an outright refusal to go gently into the night.

Liza is one such star, to whom the gay community pays tribute not just through music and film, but through flawless drag tributes, and countless internet memes.

In turn, she relishes her status as a gay icon – as evidenced by her appearance as a gay wedding officiator in Sex and the City 2 – and she is never afraid to laugh at herself, a fundamental attribute which only endears her further to her legions of admirers.

Despite the physical setbacks and personal problems, as she turns 75, Liza maintains a youthful spirit and an unmistakable zest for life. Many others would have fallen at the many hurdles she has faced along the way, but Liza has prevailed. With her talent, her humour and her strength, she is the ultimate showbiz survivor.

PrevPreviousAbove the troubled water: Gay Nigerian men living in exile
NextAudiences storm out of gay film – Is it too graphic?Next